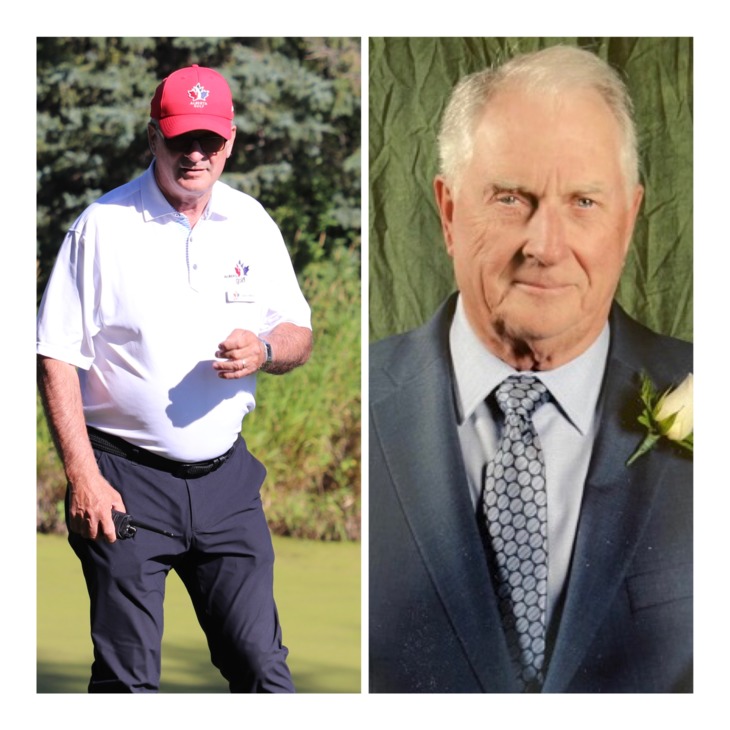 Two very deserving Distinguished Service Inductees Dunc Mills and Bill Newis will be entering the Alberta Golf Hall of Fame next Spring, Mills for his quarter century dedication to The McLennan Ross Alberta Junior Tour and The Alberta Golfer Magazine and Newis for his near half century work in Golf Course Design.

Dunc Mills started volunteering at Alberta Golf events in 1991 and left a banking career to become the Executive Director of The McLennan Ross Alberta Junior Tour in 1996, he’ll be starting his 28th year as the Tour Director in 2023. 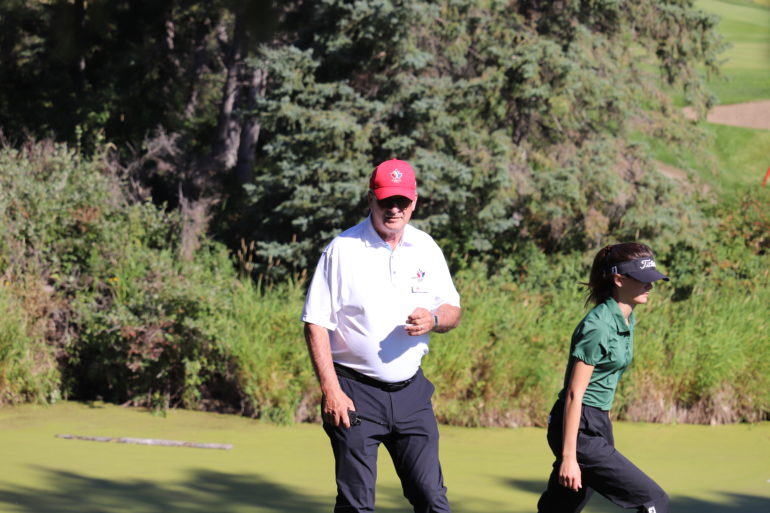 Over the years Mills has spent time on the Alberta Golf Executive Committee, volunteered at many Alberta Golf events and on other professional tours when they visited Alberta and for over 25 years helped create the yearly Alberta Golfer Magazine but it’s his presence on the McLennan Ross Alberta Junior Tour that Mills is synonymous for.

“As the face and driving force behind the McLennan Ross Alberta Junior Tour, virtually every player who ever played a tour event knows Duncan Mills,” Said Alberta Golf Hall of Famer Les Swelin. “With over 600 events in the tour’s history, many kids played for 3 or 4 years and became a much more well-rounded person because of Duncan’s guidance and consistent leadership on the tour.”

And Mills is proud of the life skills these kids have taken into adulthood.

“The poster child for the McLennan Ross Alberta Junior Tour right now would be Wil Bateman, he’s going to be out on the Korn Ferry Tour next year as a fully exempt player, he’s the Player of the Year on PGA Tour Canada so he had a fabulous year,” Mills beamed. “I’ve known the kid since he was 10 years old, and Wil is still the youngest to win a McLennan Ross event when he was 11-years-old but to be honest I’m just as rewarded when I run into former players who are successful in business, using life skills they used as junior golfers to be successful in business and raise families.”

Bill Newis was born in Regina but has lived in Priddis, Alberta the past 34 years. During a 45-year-career he’s designed and renovated over 60 golf courses, most of which are located in Alberta. 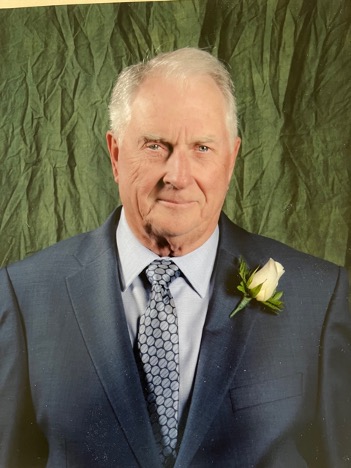 “I was certainly pleased to hear it, I’m already in the Saskatchewan Golf Hall of Fame, but most of my work has actually occurred in Alberta,” Newis said. “ When I talk to people they tell me my golf courses don’t have any tricks and what you see is what you get and they’re suitable to all level of golfers which was good to hear.”

Many of Newis’s course designs are part of residential developments or resorts including Cottonwood Golf & CC, Bearspaw Golf Club, Redwood Meadows Golf & CC and Priddis Greens in the Calgary area. Newis is proud of all of his courses across Alberta but has a fondness for one hole in particular.

“I’ve lived in Priddis for 34 years and being involved with their 36 holes from the outset, the 4th hole on the south course (Now the 13th hole on Raven) is a hole I cherish and always enjoyed,” Newis admitted. “It’s a long dogleg to a green and there’s water on the corner of the dogleg and there’s water guarding the left side of the green. The hole is a good challenge and a pretty but fair hole with elevation off of the tee, it’s a hole I’m proud of and always enjoyed.” 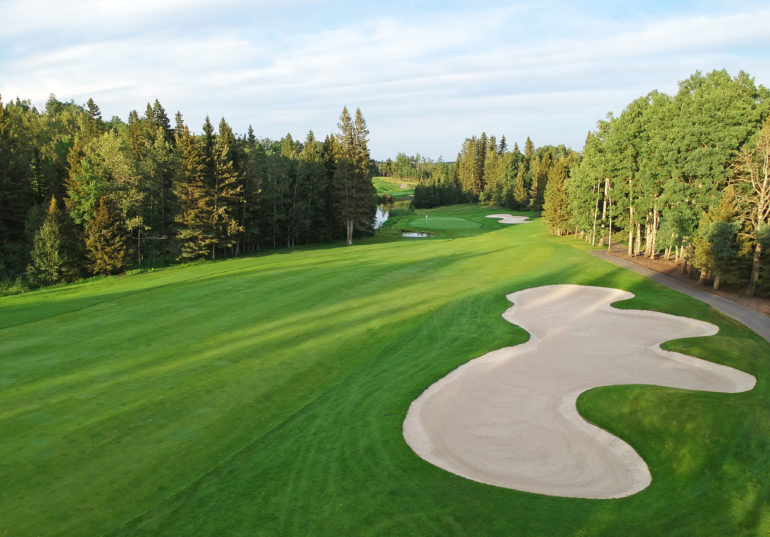 While looking over the list of current Alberta Golf Hall of Fame members, Newis says he’s proud to join that group and leave a legacy for his three sons and seven grandchildren.

“It’s really nice to achieve this,” Newis said. “When other generations come along in my family they can appreciate that one of their own is in the Hall of Fame.”

Bill Newis and Dunc Mills will be formally inducted into the Alberta Golf Hall of Fame at a ceremony in April.

“We are really looking forward to bringing people together for our Hall of Fame ceremony this spring,” Said Alberta Golf CEO Phil Berube, “We have two outstanding inductees to recognize and to be conducting this special event at The Winston GC as part of their 100th anniversary should serve as a great start to the golf season. In addition to the celebration itself, Alberta Golf will be showcasing some of the heritage services work we have been doing over the past few off-seasons in an effort to connect our future to our past.”

See all of Alberta Golf’s Hall of Fame members here:

If you want to nominate anyone for future Hall of Fame consideration as a player or distinguished service builder please fill out this form and return to Taylor Tracey: Coordinator, Digital Communications and Heritage Services at Alberta Golf  Taylor@albertagolf.org 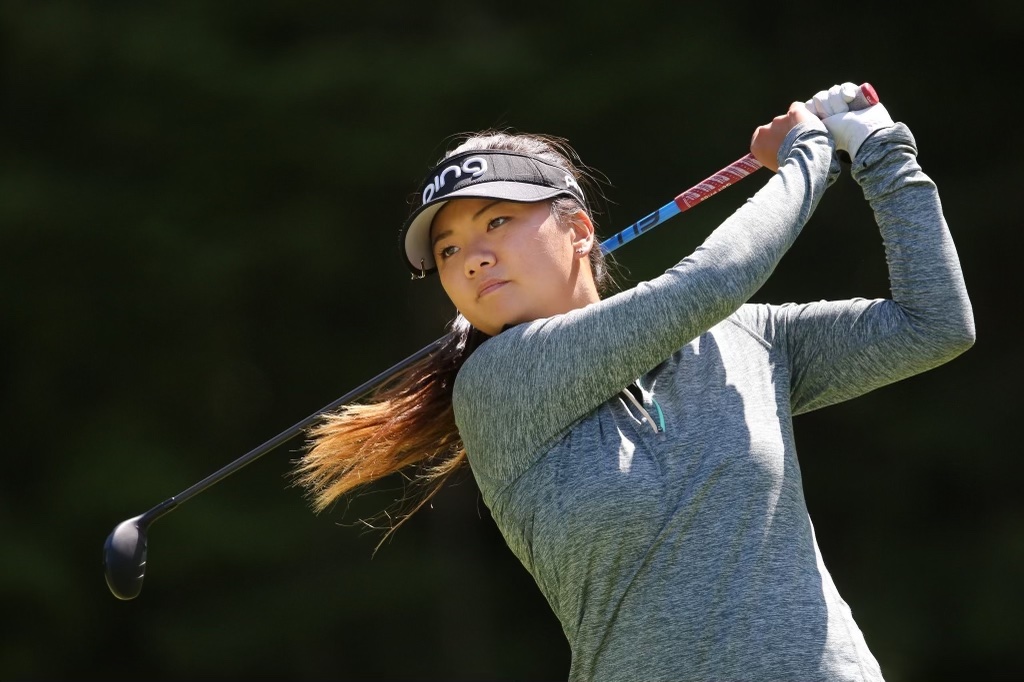