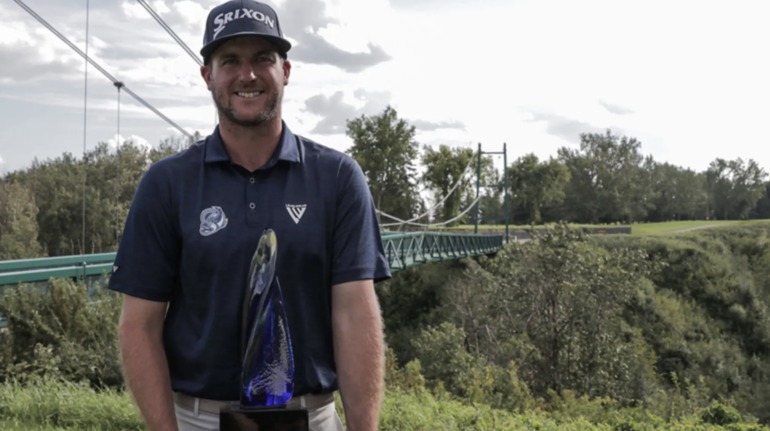 EDMONTON, ALTA — For the first time since 2016, a Canadian picked up a win on the Mackenzie Tour – PGA TOUR Canada.

Entering the 1932byBateman open with a heap of momentum following a runner-up finish at the Osprey Valley Open and a T3 at the HFX Pro-Am, Taylor Pendrith set the Edmonton Country Club course record with a closing 62, the best round on Sunday by three strokes, to win on the Mackenzie Tour for the first time of his career.

“I don’t know if it’s sunk in yet, but it feels really good and I’ve been so close many times,” said Pendrith, who lost in three separate playoffs during his 2015 Mackenzie Tour campaign. “To know that I’m a winner on this Tour brings me a lot of confidence. It’s hard to win on any Tour, so it feels awesome to be the champion here.”

41 events have transpired on the Mackenzie Tour since Adam Cornelson won the 2016 Bayview Place DCBankOpen, the last time a red and white flag was at the top of a leaderboard at week’s end.

“I’m having a lot of fun this year, travelling around and trying to have more fun than I have in the past,” said the Golf Canada Young Pro Squad team member. “It’s so cool seeing the fans out cheering on the Canadians, I’m not sure if there’s ever been more Canadians on the PGA TOUR and Korn Ferry Tour and here, so it’s pretty awesome.”

Pendrith entered Sunday trailing leader Will Gordon by four strokes, but birdies on three of his final four holes on the front nine quickly shrunk the gap and put the Canadian within two of the lead.

“Honestly, I didn’t look at the leaderboard all day today,” said Pendrith, who has played his last 16 Mackenzie Tour rounds in the 60s. “I’ve been playing really well the past few events and I knew a low one would potentially jump me up. I had a feeling on the first tee I was going to go post a low one.”

Eyeing down the 17th hole, where he had made eagle in two of his previous three rounds, Pendrith launched a mammoth drive 390-yards down the fairway and had a gap wedge into the 560-yard hole.

“I figured I was getting close to the lead, but I didn’t really know,” said the 28-year old. “I thought about hitting 3-wood, but I decided that I had been hitting driver great all week, so I stuck with it and hit a really good drive, the best of the week there for sure.”

The Richmond Hill, Ontario native stuck his shot 10-feet from the cup and watched anxiously as his eagle try caught the edge of the hole and dropped to give himself a two-stroke lead.

“It was a really difficult putt, but it caught the high side,” said the fourth-ranked player on the Order of Merit. “I thought it was going to lip out on the high side, and then it dropped and that really capped off the round.”

Pendrith made a stress-free two-putt on the par-3 finishing hole and then went to the driving range to prepare for what could have been the first playoff of the season.

“It’s nice to finally break through and get that win,” said Pendrith. “I’ve been so close before, especially this season. With four events left I really want to keep that momentum going and maybe even jump another spot up the Order of Merit.”

Making birdie on his final two holes of the tournament, Lorens Chan finished as the runner-up to Pendrith.

Full results can be found here. 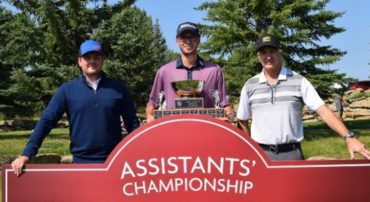 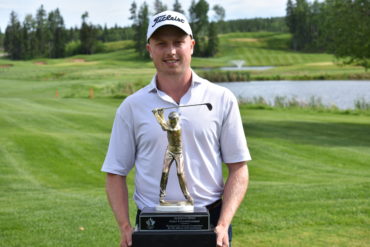