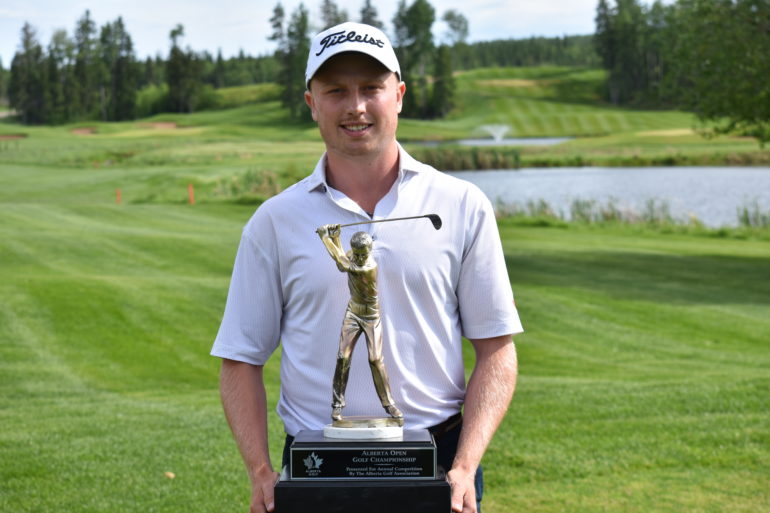 Alberta Golf (Entwistle) – Camrose amateur Andrew Harrison led wire to wire at this year’s Alberta Open Championship presented by SVR Lawyers and dominated a field including Alberta’s top professionals. Harrison shot rounds of 67-67-68 to win by 6 strokes, the first amateur since Brett Hogan in 2016 to win the title. 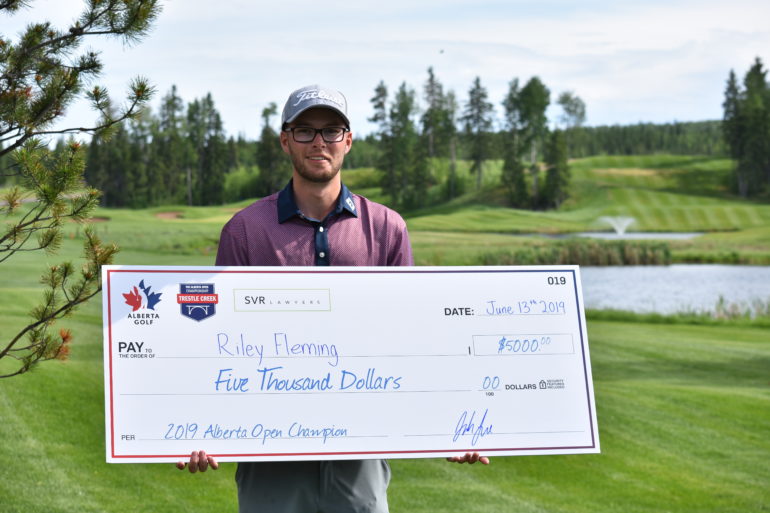 Despite losing the playoff Matthew Codd ends the day with a course record 64, a runner-up cheque for $3,000 and a flag to take home for his amazing hole-in-one on the third hole in the final round. 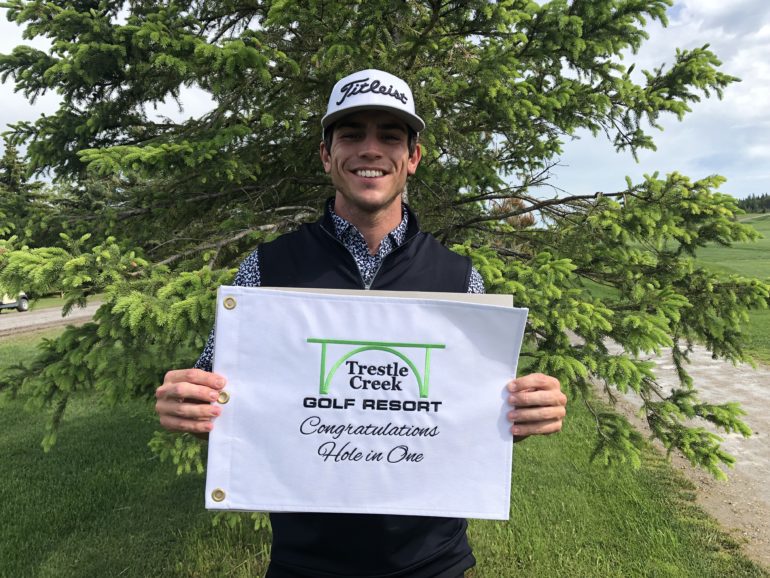