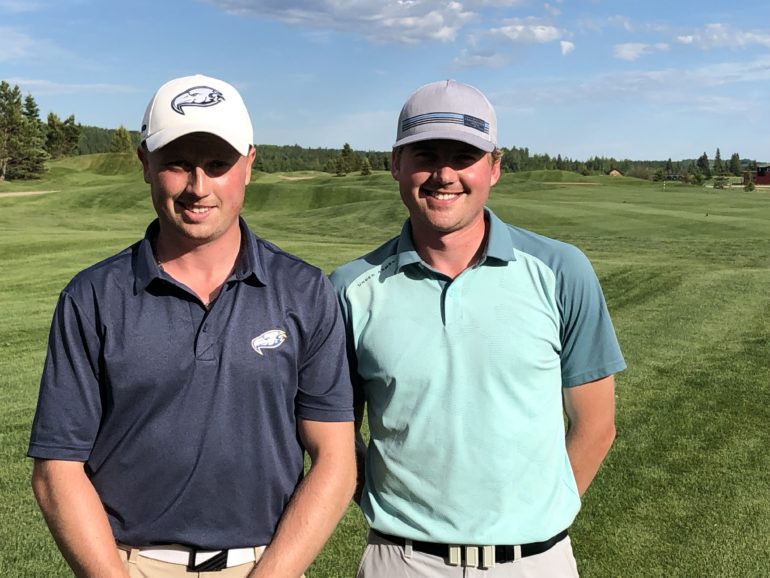 Tied for second and 5 shots back is Andrew’s brother Michael. Both brothers say Thursday’s final round will be special.

“I don’t think we’ve ever had an opportunity like this since we were 13 or 14 years old,” said Andrew Harrison. “I’m looking forward to it tomorrow, it should be a lot of fun.”

“This is cool, I don’t know if it will ever happen again,” said Michael Harrison. “It’s the first time it has happened at a big event like this so it’s special.”

Kent Fukushima sits 6 shots back while fellow pro Mitchell Fox is 7 shots out of the lead.

Considering both Andrew and Michael Harrison are amateurs the battle for the $5,000 first place cheque is a tight one. Scott Stiles and defending champion Wes Heffernan are within 4 shots of Fleming and Murphy for the top pay day.

The final round of the Alberta Open Championship presented by SVR Lawyers tees of Thursday morning at Trestle Creek Golf Resort.