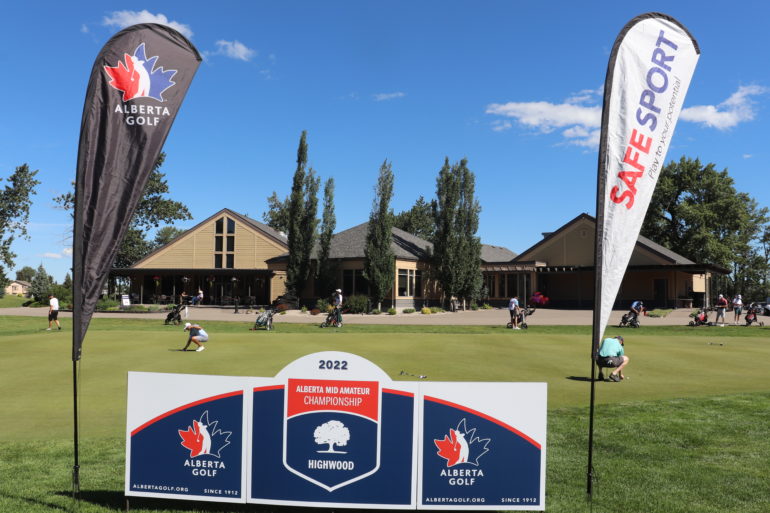 Alberta Golf (High River) – 120 of the top male amateurs over the age of 25 teed it up at Highwood Golf in High River on a gorgeous Tuesday to kick off the 2022 Alberta Mens Mid Amateur Championship.

Zander Ritson from The Inglewood Golf and Curling Club in Calgary leads after firing a 4-under round of 67. After a bogey on the opening hole, Ritson had 5 birdies the rest of the way for a one shot lead on Chad Caron from the Gilwood Golf and Country Club in Slave Lake.

2021 Alberta Senior Mens Champion Senan Foley is in a group at 2-under par, 2 shots back. 2019 Alberta Mid Amateur Champion Jesse Galvon sits in a group 3 shots back while defending champion Brandon Markiw shot even par 71 and is 4 shots back as he defends his title after round 1. 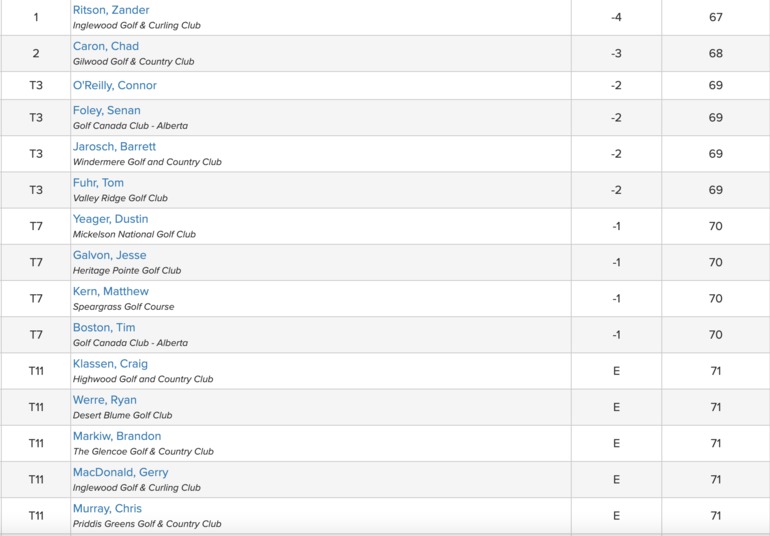