The Challenge Cup – The Alberta golf industry coming together 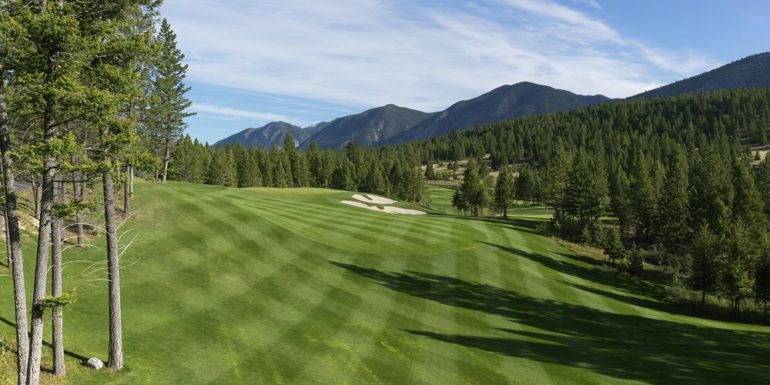 Alberta Golf was pleased to support the 2018 AGSA Challenge Cup as a hole sponsor July 23-24. Thank you to the Superintendents and Professionals at all of the facilities across the province!

At last November’s Alberta Golf Property Managers Conference one of the first questions was what the dates for this year’s Challenge Cup were going to be.

Dennis McKernan, the executive director of the Alberta Golf Superintendents Association (AGSA) and the organizer of both the Property Managers Conference and the Challenge Cup wasn’t surprised.

“Here it was November and they wanted to know when a tournament was going to be played eight months away in July,” McKernan said of the event which has taken place annually since the mid 1980s.

“But it’s just that popular. They look forward to it that much.”

The Challenge Cup, you must understand, is not just another tournament.

Bringing together Alberta golf course general managers, club presidents, head pros and superintendents, the Challenge Cup is one of the most unique tournaments anywhere.

“I don’t know of any other association in Canada that has something like this,” continued McKernan.

“For sure it is the largest gathering of the golf management teams in Alberta. You might get events where the club managers and head pros play together. But to have all four of those groups – the brain trusts of golf clubs that make all the major decisions – come together is very rare.”

The brainchild of the AGSA, McKernan said the Challenge Cup is a great social event but also a venue for business development and professional management development all centered around a couple of rounds of golf.

“They praise this tournament to the skies.”

“The presidents that preceded me told me it was one of the best things about being a president,” said Lynn Booth, past-president of the Red Deer Golf and Country Club.

“They were right. It was a great experience and very well run. They looked after us great. We pretty much just live in our own little bubble but this event gave all presidents a chance to talk to other presidents which doesn’t happen very often,” said Booth, who will sit on the board of directors this year.

“It also gave us a chance to meet with course superintendents, head pros and general managers – which hardly ever happens – over an extended period of time.

Questions get asked. Answers are given. Ideas are generated. New friends and contacts are found and meshed. Communication is opened.

“It’s a great opportunity to understand what challenges there are at other courses, what their solutions were and how they approach things,” said Booth. “I constantly found myself saying ‘I didn’t know that, or I didn’t know this.’ You get to ask technical questions in a relaxed situation.”

Don McFarlane, Red Deer’s general manager and PGA of Canada Executive Professional, said “We wouldn’t miss it. From my perspective, it’s all positive. There’s not a reason not to go.

“It’s a really good networking deal for us. You can put a face to a name so that if you have an issue you know people and can knock on their doors for information.”

But for golf course personnel who lived in one those cities it wasn’t a chance to get away. And, as more and more clubs came on board it was also impossible for one 18-hole course to hold.

So, seven years ago, they moved it to Windermere Valley where Eagle Ranch and Radium Springs hosted it; five years ago Copper Point became the tournament site where they could play 18 on the fantastic main course and 18 on the decidedly underrated Ridge layout.

“Nice and close to get to and an away site for everyone,” added McFarlane. “As well as meeting new people, it’s just really good for team building. We drive down together, spend three days together in an informal setting, stay at the same hotel, share breakfasts and dinners and we’re all there to talk about the industry and have a few laughs.”

Trevor Goplin, head pro at the Derrick, another club that has made an annual point of participating, said the Challenge Cup is good for everyone.

“No. 1 it’s great to see other colleagues in-season, have a few laughs and a few chats sharing stories and comparing how things are going at the other courses in Alberta. But it’s especially good for the presidents who, by and large, probably don’t know the lengths the superintendents go through to make this whole thing work: how they deal with problems, how their courses are doing and things like how they put their courses to bed in the fall.”

“It’s a good way to get the management club from the various clubs together but I think it’s a real eye opener for the presidents, who probably never get another chance to play with the superintendents. They talk to us about just about everything. From bunkers, to mowing patterns, green speeds, how they trim their course… It all comes up,” said Blayney, who is also chairman of the Challenge Cup committee.

“The pros get quite a few chances to get together when they play in tournaments together. But the managers generally don’t, the presidents don’t and we superintendents don’t. This way we all get to know people from other clubs, quiz them about their operations and what issues they are dealing with. We’re all in the same boat – trying to provide a product for the members or guests or if it’s a public course the general public.”

“In the current economic environment, one of the biggest issues is costs,” said Blayney. “It’s all about keeping expenses under control and maintaining the conditions that the golfers are expecting.”

Also often discussed are issues like green speeds, water, aeration, the use of pesticides and air flow.

“Everybody cuts grass, fertilizes and waters their greens. We mostly do the basic things the same. But there are so many other issues that are part of the package of keeping the clientele happy and everybody wants to know what everybody else is doing to achieve that.”

As well as being a team building and brainstorming event, the Challenge Cup comes by its name aptly because every club goes looking for other clubs to challenge.

“I remember one year someone came up to me and told me they had made 41 challenges,” said McKernan.

“I said ‘Geez, you’ve challenged just about every team,’ and the guy responded ‘Yeah, we still have to find three other teams.’

“They wanted to challenge everybody and in the end they did just that. It’s all part of what makes this such a fun event.”