What’s in it for the clubs?

Since it opened for play in 2003 RedTail Landing Golf Club has been the host site for Alberta Golf events seven times, including the return of the Alberta Open in the same year it opened for play. The most recent turn at welcoming the golf community in the province was in 2018 when the very exciting Sun Life Financial Alberta Amateur Championship was in town.

Head professional Joshua Davison says RedTail Landing steps up so often to host because they feel they offer a solid test for the best players in the province. However, lending support to Alberta Golf is something the membership takes pride in.

“I love hosting tournaments. My team loves hosting events,” said Davison. “I love having big events on the calendar as focal points and things to rally around and get excited about for our team here at the club.”

He says it would be hard to weigh one aspect of hosting against another to determine which may be a favourite benefit. “It would be a collection of all of that because all of those things put together makes it easy for me to say yes, I want to partner with Alberta Golf. Yes, I want you guys to succeed.”

Just down the QE II and a bit west along Highway 27 is Sundre Golf Club which has been the site of the Alberta Junior, the Alberta Open and the Sun Life Financial Alberta Amateur over the years.  Head professional Scott Shouldice says the course is situated in a great spot as players come from Edmonton, Calgary and all points in between so the geography works. 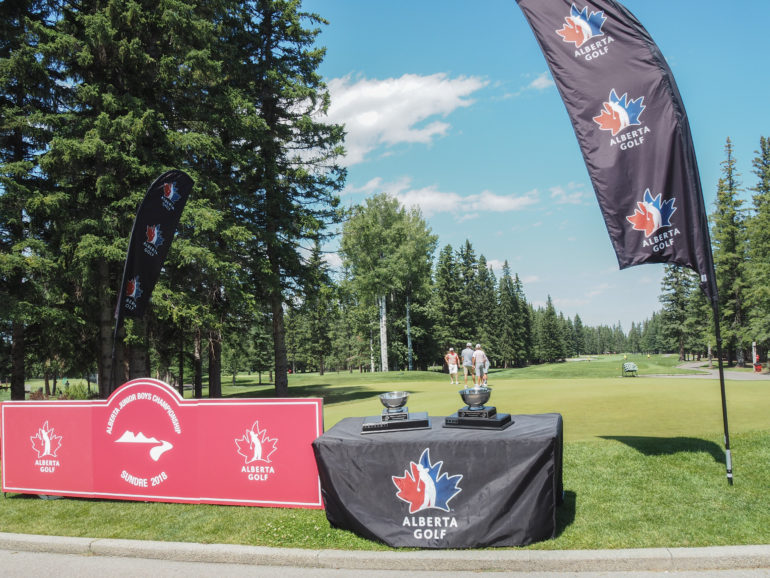 Having a course which can be set up to bring a challenge to all level of player makes accepting a hosting request easier. There is a revenue stream for the golf course, but it extends beyond the property. Shouldice says the town benefits from any hosting of big tournaments as well.

“It’s great for the whole town having a couple of hundred people come into town, staying at the hotel, eating at the restaurants, shopping at our stores,” he said.

Not surprisingly, there is also a pride factor at Sundre which plays into the decision to take on the task of hosting.  “We love showing off our golf course and our members are actually really good about us hosting these tournaments,” Shouldice boasts.

Of course, volunteers are a huge aspect of hosting any type of event and both Sundre and RedTail Landing have been fortunate to get that commitment.  Bill Gyte is a member at RedTail Landing who has worked several of the Alberta Golf tournaments over the years, from carrying scoring signs to spotting on holes.

He’s signed up several times and says it’s very rewarding being an ambassador for the host course and dealing with both spectators and players alike during the tournament . “It gives me an opportunity to interact with some of the players and it’s good that the golf course can do that (host) to showcase the course,” he said.

In addition, Gyte says it’s great how spectators get to see the course and at the same time can be up close with some very talented young golfers in our province. Those players provide another reward for Gyte. “I can honestly tell you they are extremely polite young men on the course,” he said. “They treat all the volunteers on the course with just nothing but respect.”

Gyte says he did experience one incident while volunteering which was a bit awkward, but it worked out in the end. “I was spotting and found one of the player’s balls as he was heading back to the tee to reload. I found his ball and he actually was a little bit unhappy that I found it because he didn’t have a very good lie,” he said. “He probably would have preferred I didn’t find the ball.”

The golf operation side involving staff is another piece of the team work required to host so many events. Davison says it acts as a huge team building exercise for his very talented course maintenance crew. “They work tons and tons of hours to prepare the golf course, not only leading up to the event but also during the event,” said Davison. “We’ve had times when our maintenance staff camped out, they stayed on site. They’ve done double cuts late at night after day one of the event.”

He says crews will have a bonfire and barbecue, then get up early the next day to get the course ready for play.

Shouldice says it is a huge request for maintenance crews to get the course in shape and to keep it there given all the wear and tear during a tournament but it’s worth it. The exposure courses get when hosting is quite valuable when it comes to marketing their product, he said. “People come here, and they love our golf course, they tell all the other members and their friends about what great time they had here at Sundre.”

Davison says golf needs some help in growing the game and hosting events which promote amateur golf is something he feels is extremely important to foster that growth. “You’re giving amateur golfers and junior golfers an avenue and an opportunity, events they can get into, participate in and help feed that excitement and those competitive juices and that passion and love for golf,” he said.

Shouldice agrees and says Sundre has eyes on hosting other events in the coming years, including putting in a bid to host a future Canadian Amateur championship if possible.

“We’re thinking big and we love hosting these big events,” he said. “It’s been very rewarding and a positive experience for us.” 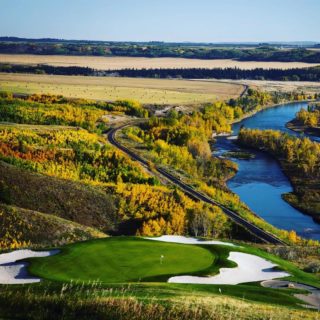