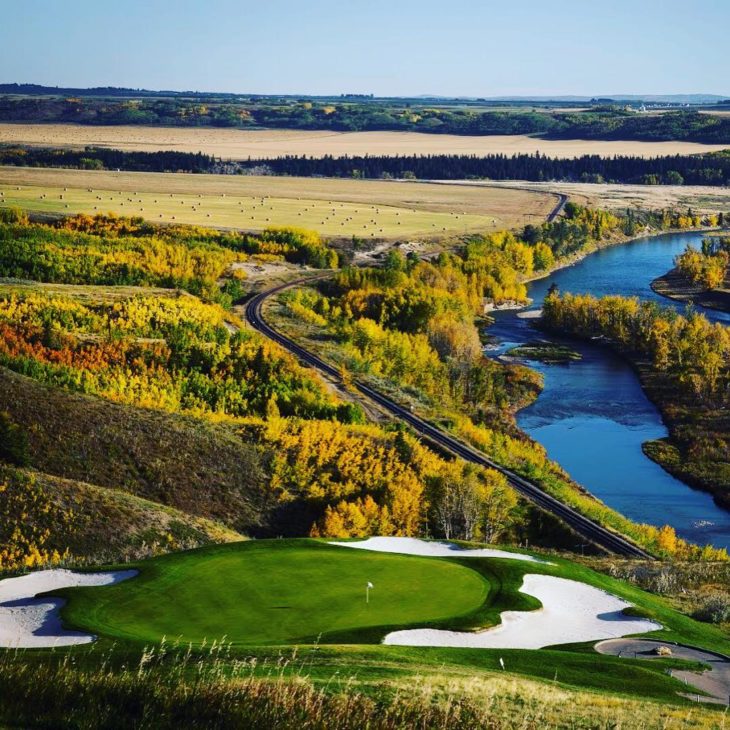 The game of golf can be confounding. Hit down on the ball to make it go up. Aim right to make a shot go left. And so on.

Just as confounding in many ways is the history of the game itself.  While its convolutions can be unraveled by students of the game, many casual observers are flummoxed. Golf’s recent gyrations have led to misleading headlines announcing the game’s imminent demise.

Time for some historical perspective. Like everything else in this world, golf has proven cyclical over the last 600 years or so. Even in relatively recent history, say the last century, golf has ebbed and flowed in response to social, economic and political tides.

In Alberta, for example, there were only nine golf clubs in 1919, the year after the end of the First World War. A mere 17 years later, there were 66, according to a report quoted in James Barclay’s seminal book Golf in Canada: A History. Eighteen years after that, there were only 37. Now there are more than 300.

Not long after, another golf boom struck only to be followed by a bust in the 1970s. The ‘80s and ‘90s were a dream for the golf industry, from which it was rudely awakened by the recession of 2008. It can be argued that the industry has never quite rebounded from that blow, but to say it is on life support is to be ignorant of golf’s history and resilience.

Murray McCourt is the general manager of The Ranch Golf and Country Club just west of the Edmonton city limits. Now a PGA of Canada Executive Professional, he has been in the golf business for almost 30 years. He’s seen golf flourish thanks to the cash that flowed during the province’s boom. Things are quite different now, he says.

“We’re not nearly as busy as we were then but we are managing to keep our head well above water. Like every business, we had to take a hard look at our business model, our revenue streams. We had to get leaner, but we couldn’t cut our quality of service. We had to get creative,” McCourt said.

The Ranch now is a totally public course, one that McCourt says may be the “…busiest tournament course in Alberta.”  There are no members as such, but there are men’s and ladies’ leagues. Like The Ranch, McCourt says to be successful, golf facilities must continually evolve.

But is it an “evolution” or more so a case of “back to the future”?

Remember those “600 years” mentioned earlier? That’s how long ago the game was first played over what now is known as the Old Course at St. Andrews in Scotland. It was, and remains, a public course. Today, all seven layouts at St. Andrews, including the Old Course, are public courses. While there were (and still are) no members, there were “golf societies,” organized groups that played regularly on one or more courses.  Then along came the proliferation of “private” member clubs, most noticeably on this side of the Atlantic, and with them the now-detested “elitist” tag for the game itself. Public golfers were demeaned as the “great unwashed,” “trunk-slammers.”

Now “back to the future” we go.  Golf societies are on the rise across the country, as are the number of golf facilities, many of them previously private, open to the public golfer.

“There are numerous diverse groups [in Canada] that have organized themselves to play golf,” said Calgary’s Leslie Dunning in her acceptance speech after being elected president of Golf Canada last year. “As we identify these groups, we will reach out to build relationships with them…It is our aim to create relevancy to more golfers.”

Establishing that relevance is easier said than done, says Dave Stockton, Director of Member Services and High Performance Sport for Golf Canada. Golf Canada currently has about 270,000 members, the vast majority of whom belong to private or semi-private clubs. About 17,000 of those are public players. According to Stockton, Golf Canada’s research indicates there are about a million golfers in the country who play at least 25 times a season and that’s the organization’s target.

Of that pool of a million, Stockton estimates about 350,000 play at some sort of competitive level, whether that be tournaments, leagues or other events, and thus should be tracking an official Golf Canada handicap factor. The remaining 650,000, he says, are recreational golfers “who play a more social form of golf with friends, family or regular playing partners.” They may not adhere strictly to the Rules of Golf and don’t see the necessity of an accurate handicap factor.

But, Stockton emphasizes, a Golf Canada Gold membership offers many more benefits including incident protection that covers up to $2,500 reimbursement for damaged, lost or stolen equipment such as clubs and range finders; reimbursement for damage up to $1,000 if you break or damage a window; and up to $2,500 for damages caused by a golf cart accident. Plus other benefits that make a membership relevant to all regular golfers—maybe even more relevant to those who don’t necessarily know where their next shot is going or are accident-prone or forgetful.

Like other industry insiders, Stockton acknowledges the latest paradigm shift in golf. “I don’t think people are necessarily leaving golf. I think they are leaving the traditional golf club membership model for more public golf.”

As a result, there are more options for the public golfer, ranging from public courses like The Ranch to innovative concepts like VIP Golf and Play Golf Calgary. (It should be noted that all encourage their clients to purchase a Golf Canada Gold membership.)

Loosely inspired by the “one membership, more golf” concept developed by ClubLink, which owns multiple courses in Ontario, Quebec and Florida, Rob Wilson came up with the VIP Golf idea 15 years ago. He purchases “tens of thousands of greens fees” at about 100 courses in Alberta and B.C., and then resells them to his VIP Golf members at “substantial preferred rates” that can range up to 60 per cent off the rack rate.

The result is the proverbial “win-win-win” scenario, he says. VIP Golf is thriving, its members get great value at outstanding courses, and the courses themselves receive income from carts, retail sales, and food and beverage purchases.

A VIP Golf membership can also serve as a “gateway to membership” at a specific course, says Wilson, when a golfer wants to sample the experience at several clubs before settling on a home club.

Somewhere between the strictly itinerant public golfer and those who are attracted to something like VIP Golf are those intrigued by models such as Play Golf Calgary. In fact, says CEO Scott Atkinson, “we try to bridge that gap, to create a relationship, a sense of belonging that a lot of golfers seem to want. It’s actually a basic human instinct.”

Play Golf Calgary is comprised of The Links of Glen Eagles, Blue Devil Golf Club and its Lil Devil short course, HeatherGlen Golf Course and Serenity Golf Club. All are accessible, at various levels, through the purchase of a Play Golf Calgary Card or by opting for a Multi-Course Membership.

Atkinson, a past-president of the National Golf Course Owners Association of Canada, says there is a continual push within Play Golf Calgary to meet the demand for programs that tend to reflect those at traditional member clubs such as match-play and other leagues, junior camps, tournaments and social activities for card-holders, their families, friends and colleagues.

“We’re not trying to be the traditional private club. That calls for a whole other financial commitment, among other things. What we are trying to do is provide a setting where they can enjoy the game in a social way. We want to be the best of both worlds. Ultimately, our goal is to create golfers.”

A 2015 report by Golf Canada and the PGA of Canada said there were 2,346 golf facilities in this country of which only 220 were private. There were 312 facilities in Alberta at that time, 23 of them totally private. Among the remainder are semi-private clubs, those which may offer memberships but also welcome public play.

Certainly, public golf may not be for everyone. But golf itself certainly is.