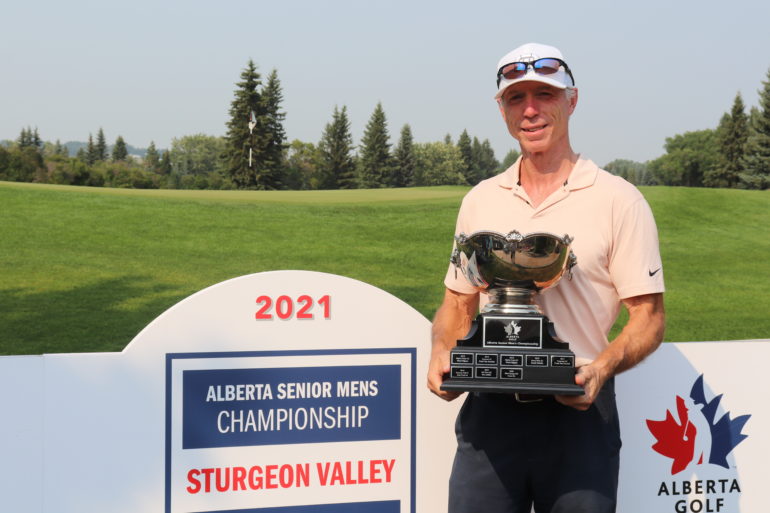 Alberta Golf (St. Albert) – Senan Foley is your 2021 Alberta Senior Mens Champion. The Elbow Springs golfer out of Calgary lead wire to wire all week long to claim the title but the finish certainly provided drama. James Varnam of Edmonton put on a charge with a front 9 33 that included birdies on 4 of his first 7 holes but cooled off on the back nine to finish in a tie for 2nd.

Mike Mannion from Royal Colwood in Victoria briefly tied the lead before bogey’s on 17 and 18 left him one back in a tie for second with Varnam.

Senan Foley came to 18 with a 3 shot lead but his approach shot ended up in the back bunker, his next shot was past the pin and into the rough and he wasn’t able to get up and down. The double bogey finish was still good for the one shot wire to wire victory. 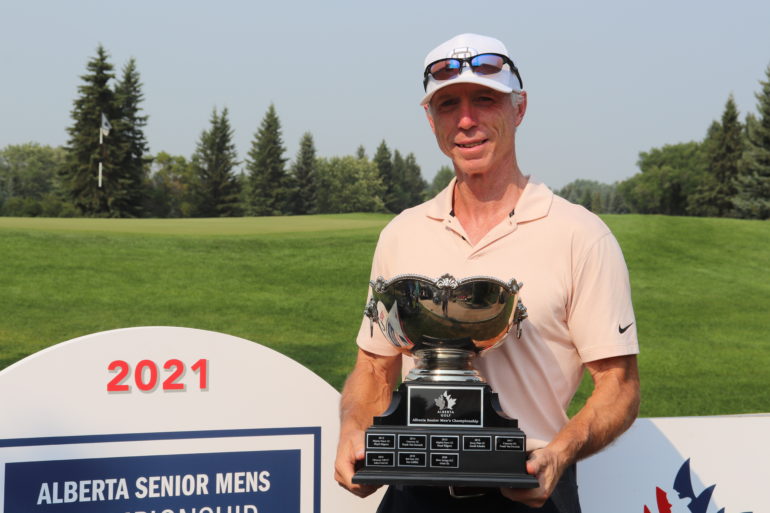 Floyd Kilgore of Grimshaw won the Super Senior title for ages 65 and over shooting 3 over par for the 3 days. 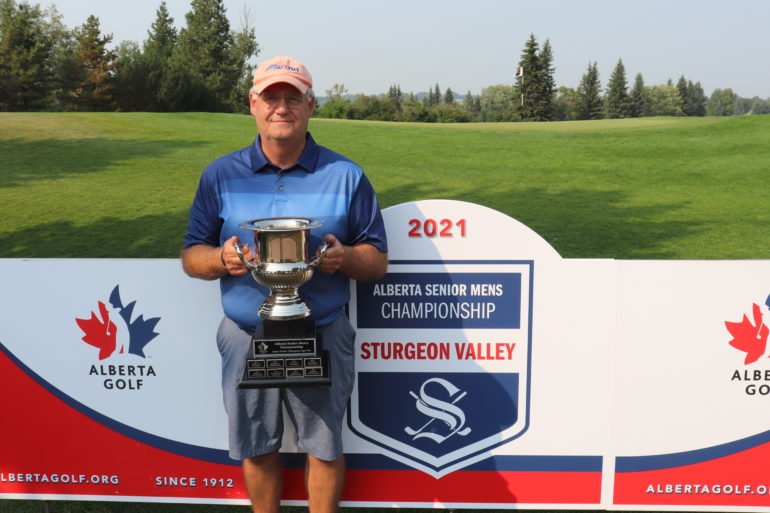 And Team Alberta consists of Senan Foley, Floyd Kilgore and 2019 Champion Ken Griffith who shot 3 straight rounds of 72 for an even par finish. 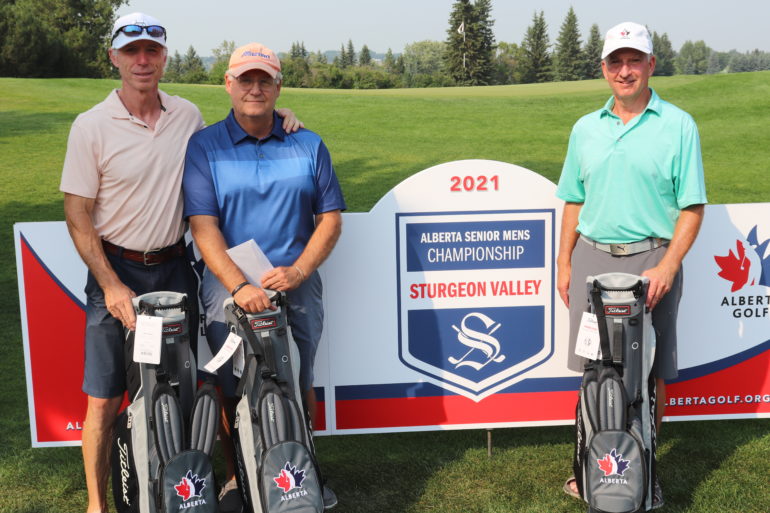