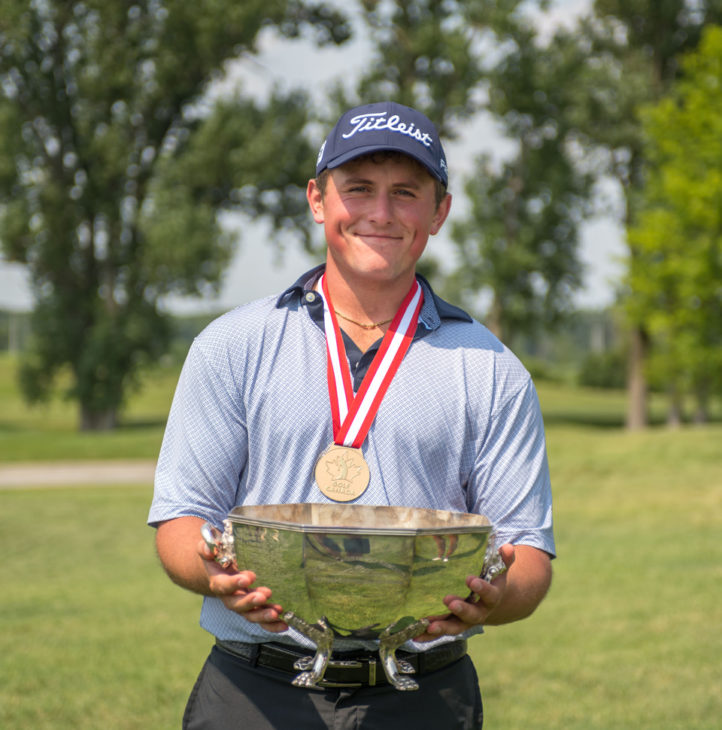 Golf Canada (WINDSOR, Ont.) – Max Sekulic of Rycroft, Alta., shot a final-round 5-under-66 to win the 116th Canadian Men’s Amateur Championship at Ambassador Golf Club in Windsor, Ont., at 17 under.

Sekulic, who went birdie-birdie on the final two holes to secure the win, finished two strokes ahead of A.J. Ewart of Coquitlam, B.C., who was at the top of the leaderboard throughout the opening two rounds. National team members Henry Lee (Coquitlam, B.C.) and Brendan MacDougall (Calgary) finished tied for third at 14 under.

“It means the world to me,” said Sekulic, who started the day three strokes back of the lead. “You get your name on a trophy with a bunch of good players and your name’s permanent on that thing. It means a lot for all the people back in Rycroft and The Glencoe Golf & Country Club, where I spend my time in Canada.”

With the win, Sekulic receives an exemption into both the 2022 RBC Canadian Open from June 6-12 at St George’s Golf & Country Club in Toronto, Ont., and the 2021 U.S. Amateur from Aug. 9-15 at Oakmont Country Club & Longue Vue Club in Oakmont & Verona, Pa.

Another Albertan Brendan MacDougall of Calgary had the lead late in the final round but bogey’s on 16 and 18 left the Glencoe Golf and Country Club golfer in a tie for 3rd. Senan Foley leads going into final round at Sturgeon Valley