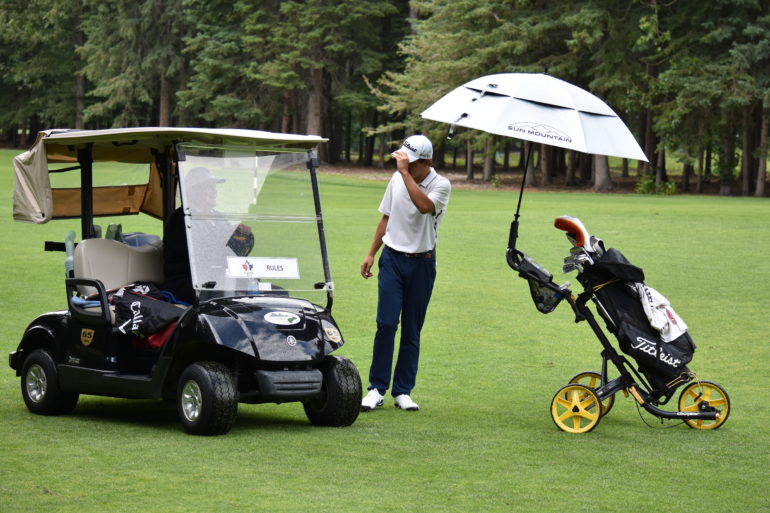 It took almost seven years, dozens of meetings, countless discussions and revisions, but finally a mulligan of sorts has come into being for the Rules of Golf.

Speaking from Toronto about the revisions that will come into effect in 2019, Adam Helmer, the Director of Rules and Competitions for Golf Canada, said whether you’re a recreational player or more seriously inclined, the switches that are now teed up are a good thing for everyone involved in the game. And, they’ll be more easily understood.

“These are definitely significant changes; the biggest in 60 years. This wasn’t just contemplating the professional level, the elite stream level. It focused on everything to make rules more welcoming,” he began.

Helmer agreed the guidelines in their previous state were “confusing, complicated and 99.9 per cent of golfers didn’t know the rules,” which made properly applying them during play a slippery slope. Thus, when the blueprint was put together for these alterations, the idea was to make them both easily understandable and applicable.

“Now that they’re here, I think they’ll help with certain barriers people in the industry see, like the pace of play. I think these are aligning more with what’s happening in practices on the course,” Helmer continued.

Helmer noted that Golf Canada doesn’t really see one specific rule as being the top dog in the pack. Rather, in combination, everything works together to make the game more enjoyable for all with much of the rules confusion in some areas done away with.

“In playing out of a bunker, the challenge should be to get your ball out of the area and now, with a bunch of loose impediments in the bunker, the rules to lift the ball are relaxed. In penalty areas you can ground your club, move loose impediments. On the putting green you can now repair any damage from ball marks or shoe damage. As well, you can now leave the flagstick in which is a welcome change, especially for pace of play. If you hit your ball more than once, it’s not going to be a penalty stroke. You just count the stroke itself,” Helmer commented.

One thing it’s thought these many changes will foster is the continued integrity of the game. Known as a ‘gentleman’s game,’ golf is based upon honesty and good character. With the changes that came into effect early in January, Golf Canada suggests more people will now abide by the letter of law. In essence that means they will begin to more often play the game the way it was designed but was rarely done because of the confusion the previous guidelines brought about due to few players really knowing how to properly impose penalties.

“The whole premise, starting in 2012 when this process began and everything was on the table and up for discussion, was that we were going to try and simplify the rules of golf,” Helmer said about the beginnings of this movement. “When looking at the principles of the Rules of Golf, the thought was everything should tie back to our principles — play the course as you find it. Play the ball as it lies. With that in mind, you had to assume that the rules are meant for the honest player.

“If we get down a rabbit hole of thinking about all the nuances of how someone can take advantage of the rules, or cheat if you will, then the rules are going to be that much bigger. So the rules have to contemplate integrity, the honest player. Now, the rules specifically state ‘Every player is required, or has to enforce, penalties on themselves and is obliged to tell other players about the rules’. These are rules, not advice,” as the latter, if offered up during competitive play, is a two-stroke penalty or loss of the hole.

In order to catch  up to what’s now become the new standards for the game of golf, there are a few ways the general public can access them. From Golf Canada you can order what’s known as the Player’s Edition of the new rules, a small booklet that for an equally small cost will fit nicely into your golf bag and if the need to look something up arises, it’s there and easily  understandable. As well, a larger version of the new doctrine can also be found through the Golf Canada website, and encompasses the many regulations within the game.

“We’re strongly promoting the Player’s Edition with all players,” said Helmer. “It’s kind of an abridged version of the full Rules of Golf. It’s what you need to know and what you’ll commonly see occur on the golf course. It’s got explanatory images and diagrams, references. It’s more user-friendly in terms of bullet points.”

The full edition of the Rules of Golf will be penned in the third person and will include illustrations. This booklet is intended to be the primary publication for officials and is expected that Golf Club Committees and referees will use the publication as their primary Rules of Golf resource.

The Official Guide to the Rules of Golf replaces the Decisions book and will contain information to best support committees and officials. It includes interpretations on the rules, committee procedures (available local rules and information on establishing the terms of the competition), and the Modified Rules of Golf for Players with Disabilities. It is a ‘long-form’ resource document intended as a supplementary publication. The full Rules of Golf are more for referees and committees, as it delves deeper into the issues that can come up during play.  The Player’s Edition costs $3 while the full set of rules is available for $4 and the official guide is $16, for members of Golf Canada.

Given what’s taken place with these rule changes coming into play, golf officials must upgrade their knowledge about how the sport is now governed, Helmer pointed out. That means referees, used in high level competitions, must catch up on the newest instalment of this massive doctrine.

“Basically, anyone that was a provincial or national referee has to re-certify to be aware of all the significant changes coming up,” he stated.

As to becoming a rules official, Helmer said there are clinics put on by Golf Canada to educate both those new to that part of the sport plus those that have been in such a position previously.

“We have a three-tier system that is first a basic introduction to the rules for anyone that’s interested. Level Two is your provincial certification and Level Three would be the international certification,” with such clinics being available through provincial bodies such as Alberta Golf.

So after many years of discussion, the new rules swing into play in January 2019. Along with Golf Canada, the R&A and the USGA worked their way through “…putting this puzzle together, putting the final touches to it. Once we came to the last year, that was the toughest part. Just finalizing the last few changes. It took almost the better part of seven years,” explained Helmer.

In statements on the Golf Canada website, this is what the men and women in charge of making these many changes had to say: “From the project’s inception, our one goal was to make the Rules easier to understand and apply for all golfers. It sets a new standard in the way we write and interpret the Rules and is central to our efforts to ensure a healthy future for golf. We look forward to continuing that process in the years to come,” said Thomas Pagel, the Senior Managing Director of Governance for the USGA.

David Rickman, the Executive Director – Governance at The R&A, said, “We are delighted to be rolling out the modernized Rules of Golf today. This is the biggest set of changes to the Rules in a generation and a major step forward in our efforts to make the Rules, and the sport itself, more accessible and more in tune with the way the modern sport is played.”

While it won’t take seven years to read the new guidelines, a lot of work went into them, summed up Helmer.

“There was a lot of alignment, a lot of synergies. I think they knew where they needed to get to, what the priorities were. It was just the last kind of short strokes, the topical issues around things like dropping the ball. There was a big push to get an alternative to stroke-and-distance which was a difficult one to get to. I think there was just a lot of stick handling around some of those tougher issues, how the penalty should fit the crime and how you get the proper wording proper for consistent application.”

And in the end, it’s felt all these changes will help not only speed up play but also perhaps speed up the growth of the game as it becomes easier to understand the rules and regulations that govern it.