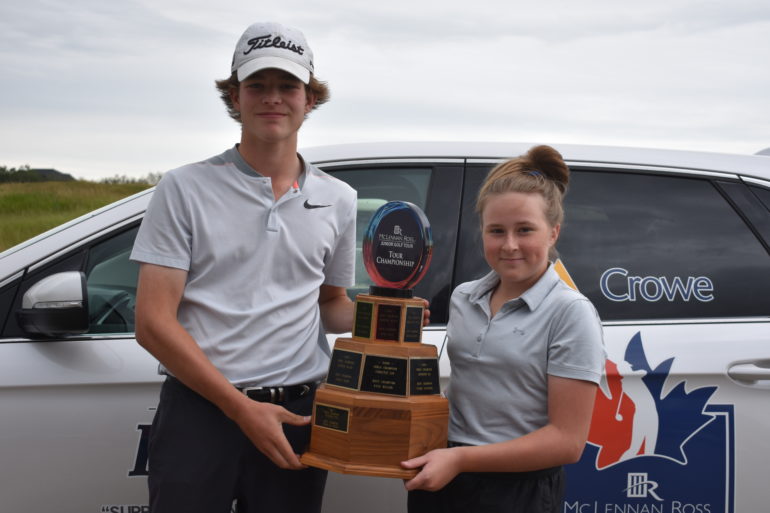 The 24th season for the McLennan Ross Alberta Junior Tour came to a breezy, but very successful conclusion this afternoon at Wolf Creek Golf Resort. For decades, Wolf Creek has been ranked in the very upper echelon of golf courses across the nation, and today’s weather showcased just how challenging “The Wolf” can be when the wind blows.  Ninety-seven of the best junior golfers in Alberta were on hand from Grande Prairie and Wabasca to Lethbridge and Medicine Hat and scores of locations in between. When the scorecards were all turned in, we had two very deserving Tour Champions.

Jayla Kucy captured her second consecutive Tour Championship at the tender age of 13, as she also looks to repeat her 2018 Alberta Golf Bantam Girls Championship coming up next Monday and Tuesday at River Bend GC in Red Deer. 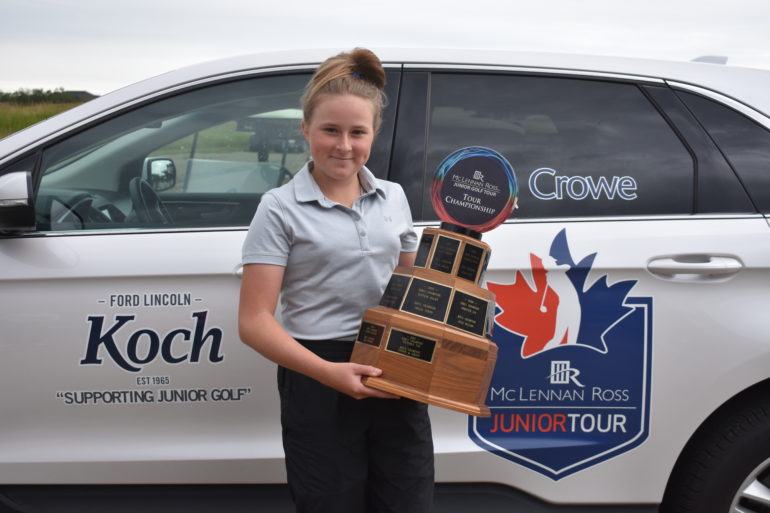 Kucy fired a steady round of 80 in very difficult conditions to become the first back-to-back girls’ Tour Champion since Kaitlin Allan about a decade ago.  Kucy continues to play ‘above her age’ but I’m not even sure what that means any more when a 12-year-old made the field this week for the CP Canadian Women’s Open!  Seven years ago, Jaclyn Lee of Calgary won the Tour Championship and she continued to develop and is now on the LPGA Tour. I’m far from predicting that level of success necessarily for Jayla, but nothing would surprise me. Brynne Davies of Earl Grey in Calgary was runner-up with an 88 and she will also be in the field next week for the Bantam Championship, which is very promising news as the next wave of junior girls comes up through the ranks.

On my way to the course this morning, I wondered what the winning total might be, considering the quality of the field we had in attendance, but also knowing that Wolf Creek can be a very daunting challenge when the wind picks up.  It’s plenty tough when it’s dead calm!  I thought 71 might do it, but as the wind speed ramped up over the morning, my self-imposed projection rose to somewhere in the mid-70s or perhaps even higher.  It was tough out there!

But form held.  Cole Bergheim of Red Deer GCC has been on a heater lately, capturing the gold medal at the Western Canada Summer Games last week in Swift Current with a 54-hole total of 214. He then qualified for the Tour Championship with a road trip to Nanton on Tuesday this week where he won with a 73.  Bergheim offset an early double-bogey with a spectacular eagle-3 on the par-5 6th hole, paving the way for his winning total of 1-over 71. 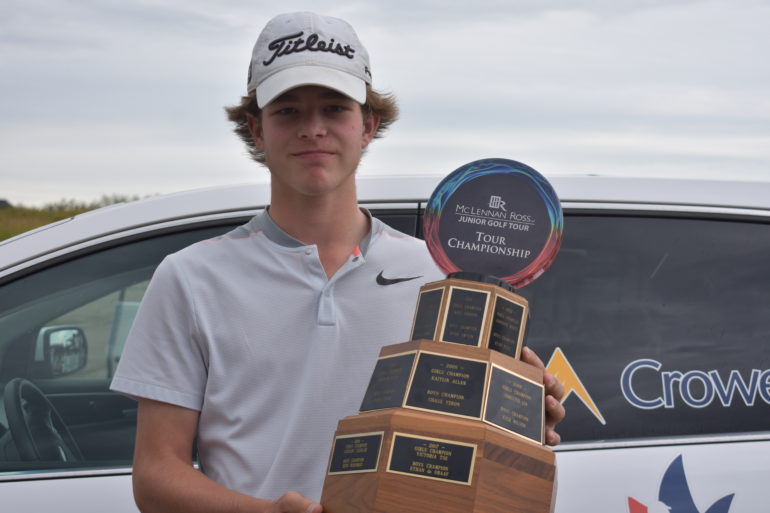 Cole Ruelling of Lewis Estates and Christian Hansen of River’s Edge in Okotoks tied for second, each with 4-birdie efforts of 73. Mitch Desjarlais of Broadmoor and Jace Shannon of Forestburg finished T4 on 75.  Shannon won his age group for boys born in 2005 and later, enabling him to leap from third to first in the season-long Titleist Order of Merit standings and take home a great prize package from Titleist. 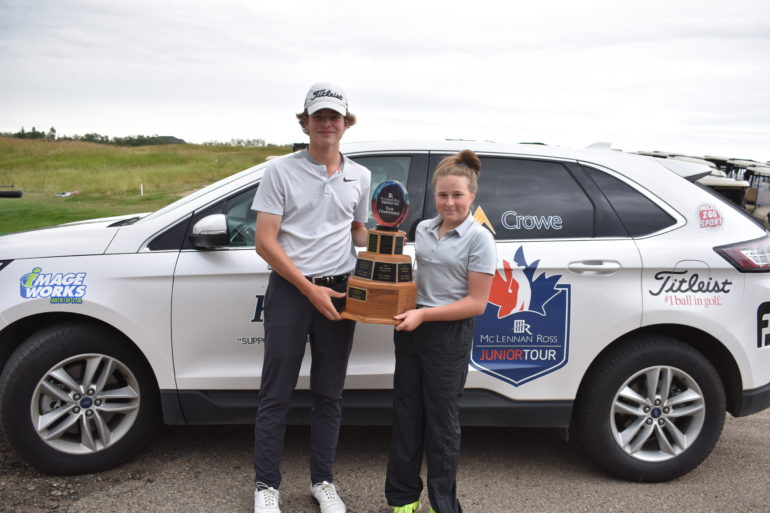 In deep diving into the overall tournament stats on the website, it was interesting to note that the hardest hole today in relation to par was the short 339-yard par-4 4th hole, playing to a robust average score  of  5.61.  In contrast, the par-5 sixth hole played to a stroke average of only 5.49 while yielding two eagles. The 4th hole gave up only ONE birdie and 16 pars while beating the players into submission with NINETEEN  of the dreaded ‘others’.  Ouch!

We will do a more in-depth analysis soon in a Year In Review format, but for today, let’s just enjoy the good feelings and fun that permeated the banquet room in the clubhouse after the round.  The course beat some of these kids up pretty good, but Wolf Creek has humbled some of the world’s best young tour pros in the past as well, so these juniors have nothing to be ashamed about from their efforts today.  It was a pleasure to be out there watching these young people.

Next Story
The Alberta Golfer Magazine