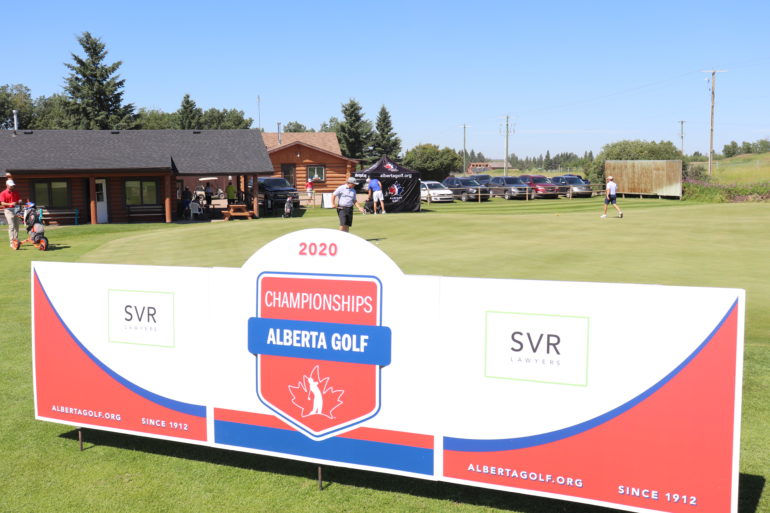 Alberta Golf (Ponoka) – A clear blue sky day with little wind and temperatures in the 30s is not normally what you would expect at Wolf Creek Golf Resort in Ponoka but that’s exactly what the 120 competitors faced during round one of the Alberta Mens Amateur Championship presented by SVR Lawyers.

The tough Links Course still stood up as only 9 golfers shot under par. Jakob Chicoyne of Calgary continued his hot play, a course record tying 65 his last round in Medicine Hat last week at The Alberta Mens Amateur Championship followed by a 4 under 67 today for a share of the lead and the only amateur to shoot under par.

Sharing the first round lead is Evan Holmes who grew up in Calgary, the 2016 Alberta Mens Amateur Champion is now a professional and also shot 67 with 6 birdies and leads the professional side of the tournament by 1 shot over defending champion Andrew Harrison of Camrose. The professional purse is $27,000 with $7,000 going to the winner.

The tournament is being played on The Links Course at Wolf Creek Golf Resort.