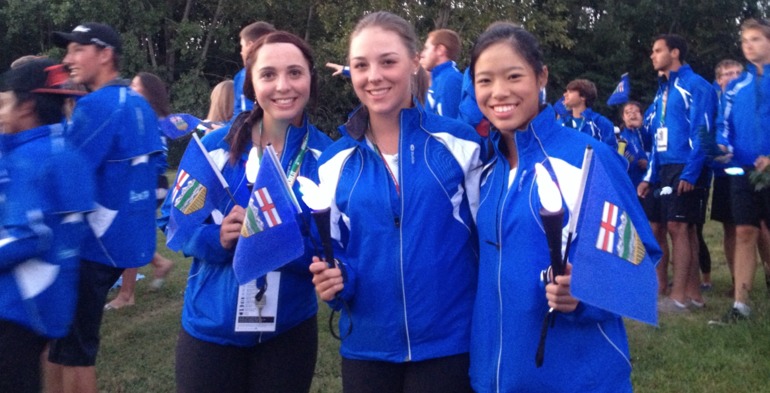 Experiences of two of Alberta golfers at the last 2013 Canada Summer Games in PEI.

For Sabrine Garrision and Matt Williams, it turned into more than a golf tournament. This was the Canada Summer Games, new for the two Albertans and oh-so fulfilling. Memories, medals, mementos.

“I still have a P.E.I. hoodie that I wear quite often, funnily enough,” chuckles Williams, who bartered for the cherished keepsake after the closing ceremonies of the 2013 Canada Summer Games in Sherbrooke, Que. “It’s crazy to think it’s already been four years, but I still recall a lot of it. An awesome experience.”

Swapping province-issued apparel had been only part of the fun. Competing was a thrill, too. Williams earned bronze in the boys’ individual competition, while Garrison, a fellow Calgarian, bagged bronzes for girls’ individual and team play.

“It seems like a very different time in my life,” says Garrison, who just finished her junior year at the University of Minnesota. “But I look back with fondness.”

Apparently, participation in the Canada Summer Games – staged every four years – comes highly recommended. “I had a really great time,” says Garrison. “It was unique. Something I’d never experienced. I’m excited for the girls and boys who get to participate this year.”

For the 2017 Canada Summer Games, the Wild Rose squad’s teenagers – three boys and three girls, based on the current order of merit and last year’s handiwork – are annoyed in the summer. One of 19 sports on display in Winnipeg, July 28 to Aug. 13, golf’s results are determined by 72-hole stroke play at the Southwood club.

“We’ve certainly promoted it as being a huge life experience,” says Randy Robb, who coaches and manages Alberta Golf’s high-performance sport development. “We’re definitely trying to make it a premier event on the calendar. “It’s quite memorable in terms of how different it is.”

Golf made its Canada Summer Games debut in 2009. At Prince Edward Island that year. Alberta’s girls and boys finished fourth and sixth, respectively. Four years later, the girls picked up bronze, while the boys stood fourth. “B.C. and Ontario tend to be strong every year,” Robb says. “Quebec is another province we always battle with … we’d like to have a strong team and pick up medals, for sure.”

Granted, with the fixed field – limited to the top three from every province – the talent pool isn’t as deep as, say, national championships.

But the calibre is high. “You certainly get the best possible contenders,” says Williams, a junior at the University of Houston next year. “All the best players are there, so it is kind of a showdown.”

It’s a fresh vibe. “You’re not just playing for yourself – like you do throughout your junior career – you’re playing for the province,” says Williams. “Definitely a pretty interesting dynamic, trying to contribute to the medal table. You see athletes walking around with their medals and that gives you a little kick in the butt to go out and play well.”

Rubbing shoulders with standouts from all sorts of sports adds to the event’s flavor. (“Probably more than anything,” says Garrison, “I remember sharing those moments.”) Socializing also gives golfers a rare opportunity to unplug. After all, it’s easier to forget about the day’s bogey-bogey finish when you’re cheering wildly at a basketball match or kibitzing with the wrestlers.

“(It) is a chance to get away and actually clear your head,” says Alberta coach Bill Murchison, “which could be very beneficial.” Golf gets an undeniable boost from these high-profile multi-sport settings. No different than the 2016 Olympics in Rio de Janeiro, the game, in all its glory, is rolled out. Everyone benefits from that.

“Look at the best players in the world, they’re ridiculous athletes,” says Williams. “To put golf in that conversation is absolutely the right move. The year I played … you could definitely tell that golf was getting more respect for being a really legitimate sport, which it is. It’s getting the credit it deserves. To be the best, you have to train like a world-class athlete now.”

The 2017 Canada Summer Games run from July 28th to Aug. 13th in Winnipeg, MB. The event will welcome 20,000 visitors to feature 4,000 of Canada’s best athletes in 16 sporting categories. Golf presented by Birchwood Automotive Group, will take place on Aug. 8th to Aug. 11th at the Southwood Golf & Country Club. This year’s Alberta representatives include:

This article was originally published in the 2017 edition of The Alberta Golfer Magazine. To view the full magazine, click here. 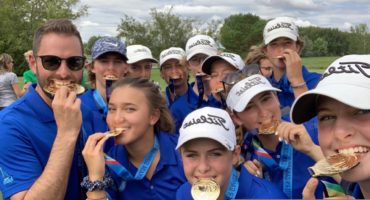 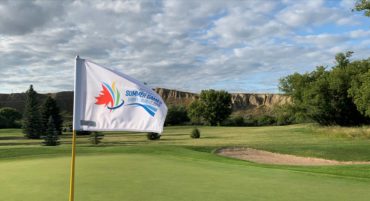 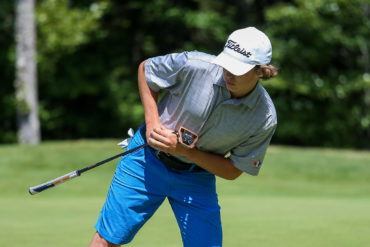