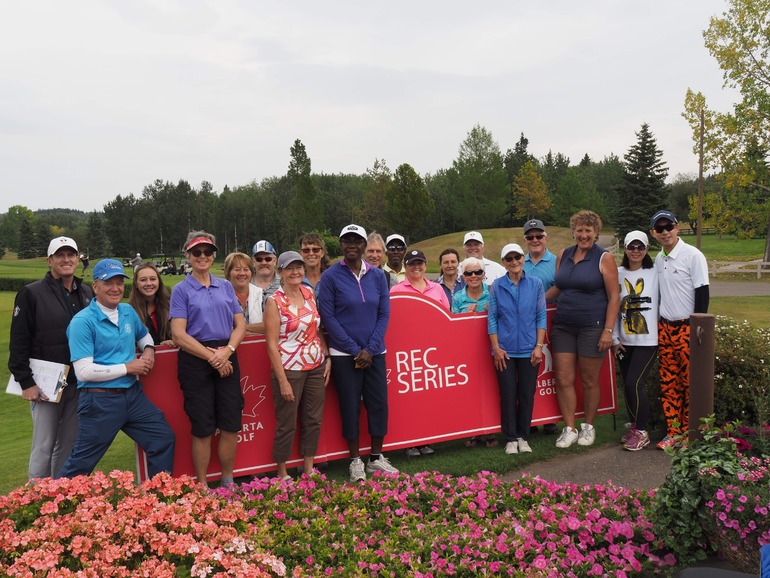 In the same vein as having your golf clubs, clothes and shoes fit you, Alberta Golf has what may be the perfect fit for recreational golfers who want to experience tournament play but not the pressure to play well in those settings.

“In talking to recreational players, they like the competition but they don’t like the pressure. So, if you can come with a couple of your girlfriends or your buddies or even a mixed event with your kids, would you come and just have a fun round and see where you sit?” said John Burns, Field Manager for Competition and Membership with Alberta Golf. 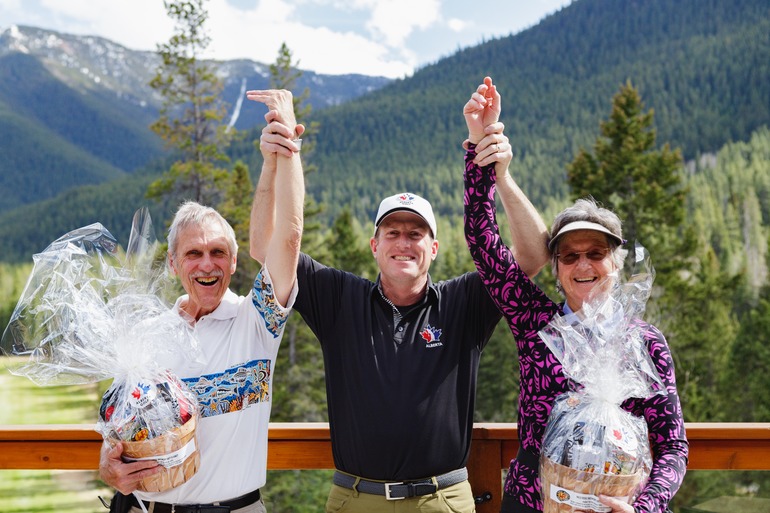 In a nutshell the Rec Series can be defined as a value-based opportunity for recreational players to come and enjoy a round of golf. In other words – fun without the competitive vice grip which many high-end tournaments can produce for some of its participants.

Burns has taken the reins after the series’ rookie year and will guide it through 2019. He says the season has gone well so far with successful events at Banff Springs, Stewart Creek and Jasper Park Lodge. All three are bucket list courses with an easy-on-the-wallet price. The Ladies Team Classic in Canmore and the Alberta Rec Series Net Amateur Championship in Wintergreen are still to come in August. 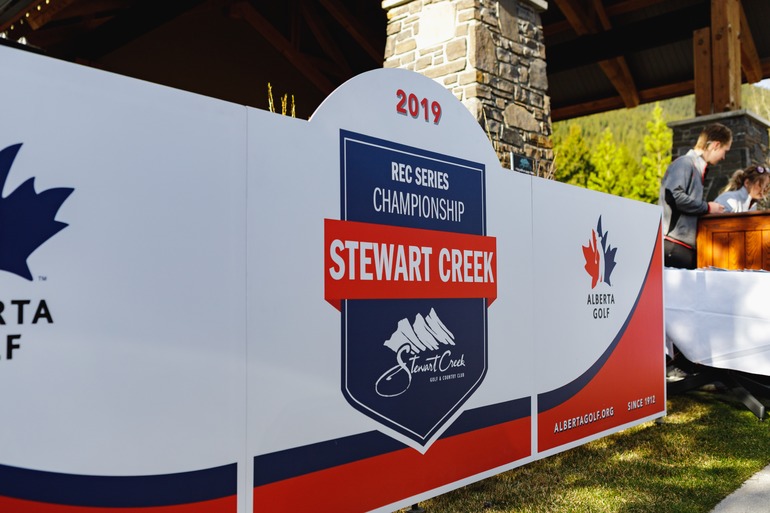 The target demographic for this series is quite broad which makes it a very important piece of the puzzle for Alberta Golf as it works towards filling a gap in what they do for golf in this province.

“This is more designed to promote golf to the 50,000 members we have that have never even considered competing in an event either because they don’t think they’re good enough or because they don’t want the pressure of having to qualify or play against players which are head and shoulders better than them,” Burns said. 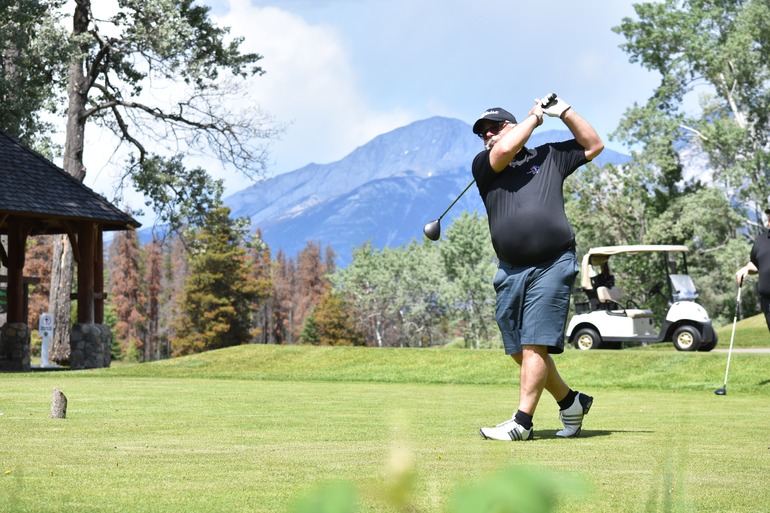 This series could be a tool which introduces new golfers to the game, expose those recreational players to new scoring formats and more importantly, it will provide some fun in the fresh air.  At its roots, this is a tournament for recreational players regardless of handicap which Burns says is a key component in attracting players.

For example, the Net Amateur was held at River Bend Golf and Recreation Area in Red Deer last year with about 80 men and women taking part. The men’s winner was a 26 handicap. Yep, that’s not a misprint. If there was a poster which speaks to what the Rec Series is all about then Burns says just look at the photo from the event last year. 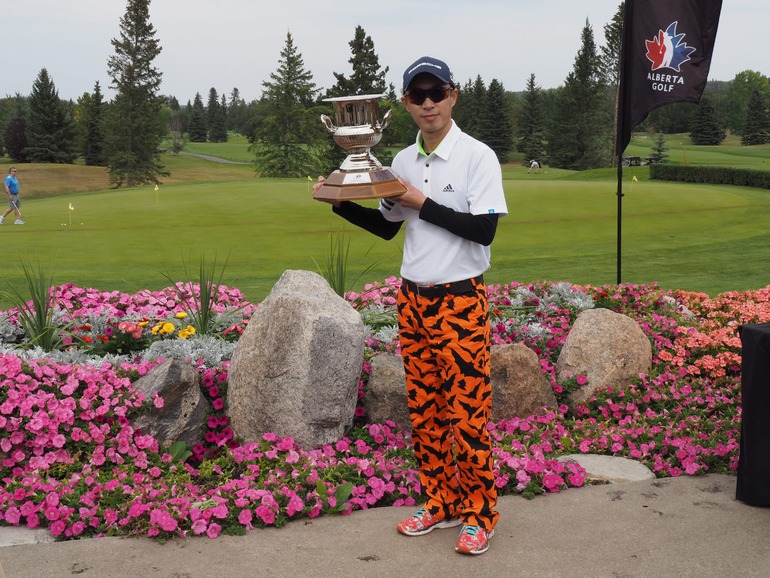 “These are everyday people. These are the blue collar members who play maybe once a week, a couple of times a month,” said Burns. “These are not the hard-core tournament chasing people.” If Burns needed more evidence to convince him this series has some merit, he got it from his own experience.

“I sat in a number of scoring tents over the summer. When the scores started coming in the volunteers I was sitting with would say ‘Oh, I can do that’,” he said.

That was a perfect example of the stigma attached to competitions where everyday players would never sign up for because they feel they aren’t good enough to compete. Burns continued, “But when you see there is now an opportunity to play in an event that maybe caters to your handicap or your playing level, you’re like ‘yeah, come on let’s go’.”

Burns says he’s contacting men’s, ladies’ and seniors’ leagues around the province to cull players who may be interested in these low-key events. This doesn’t mean there will be foot-wedges and questionable drops during the round. There will of course be rules to follow and players will get the feeling of being in a formal event but not so rigid they feel the pressure of having to perform.

Players will need to be an Alberta Golf member with a recognized handicap in order to register for each event. Think of it like your league night at your club with your friends and then you sit down for a beverage after the round. “I don’t want it to be loosey-goosey. I want it to be fairly structured but at the same time I want people to come and have fun,” Burns said.

For your entry fee (which could vary from course to course) a player will receive his or her round of golf, a meal and tee prizes. In addition, there will be something to reward the winners which may be in the form of a gift certificate.

The one-day events will be stroke play but the Net Amateur will remain Stableford scoring which removes even more pressure to score well. In most cases, when you get to double bogey you pick up and move to the next hole.

Burns feels it won’t be hard to get people to play if they know about the series. Word of mouth will also help while he gets the information into courses around the province, so their members are aware of what is happening. 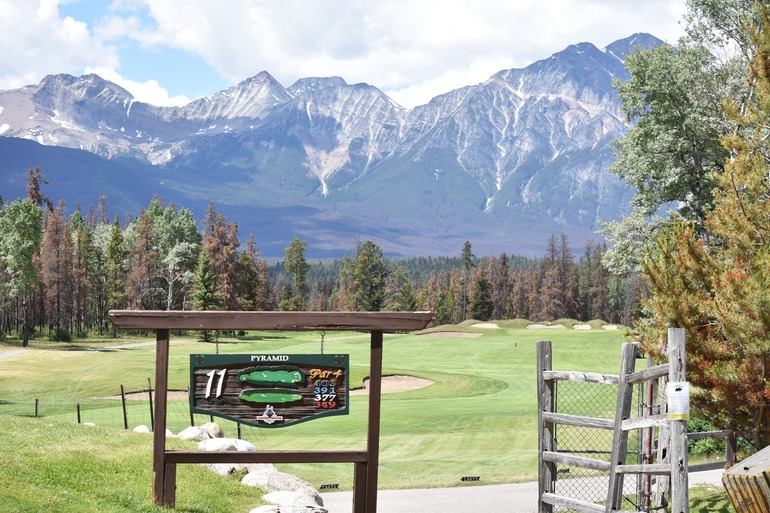 One of the tenets of Alberta Golf is to educate its members as well as grow the game of golf in Alberta and Burns feels this will add fuel to that fire. For many casual players in the province the Rec Series just might fit like a (golf) glove.

Why not try it on for size?