The 2020 Alberta Ladies Amateur Championship at Lakeside Golf Club
in Chestermere was one of the first provincial tournaments run anywhere
in Canada with COVID-19 protocols in place. After spending much of March and April in quarantine, players were excited to see their fellow competitors again and get back into competition. Heavy rain shortened the 2020 event to 36 holes with 14-year-old Yeji Kwon of Port Coquitlam BC declared the champion after rounds of 70 and 74.

The 2021 Alberta Ladies Amateur Championship shifts to the heart of Sherwood Park just east of Edmonton. The top female amateur golfers in Alberta will compete for a provincial title at the Broadmoor Public Golf Course June 22-24. Established in 1961, Broadmoor should provide a great setting for the championship.

“We are looking forward to showcasing the facility to the province,” said executive professional Trent Wright. “For a lot of folks who haven’t been here in a long time, I don’t think they’d recognize the golf course with the improvements that have been made over the past 10 years.” 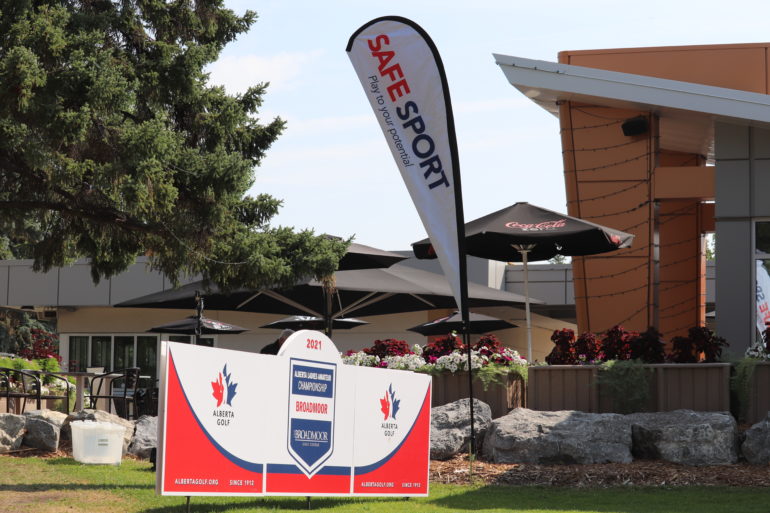 In 2014 Broadmoor replaced all 18 greens with bentgrass and the course now has putting surfaces more than worthy of hosting a provincial championship.

“I think we rival any public golf course in Alberta for green speed and quality of putting surfaces,” Wright proudly stated.

Broadmoor hosted the Western Canada Summer Games golf event in 2007 and the golf competition for the Canada 55+ games in 2014. The membership is very active when it comes to ladies golf and everyone associated with the club is looking forward to hosting Alberta’s elite amateurs.

“The Broadmoor members really get behind events,” Wright explained. “There will be lots of people wanting to get involved. We currently have 100 ladies who play Tuesday mornings and 135 ladies who get out Tuesday afternoons, so we’re a very active ladies club.” 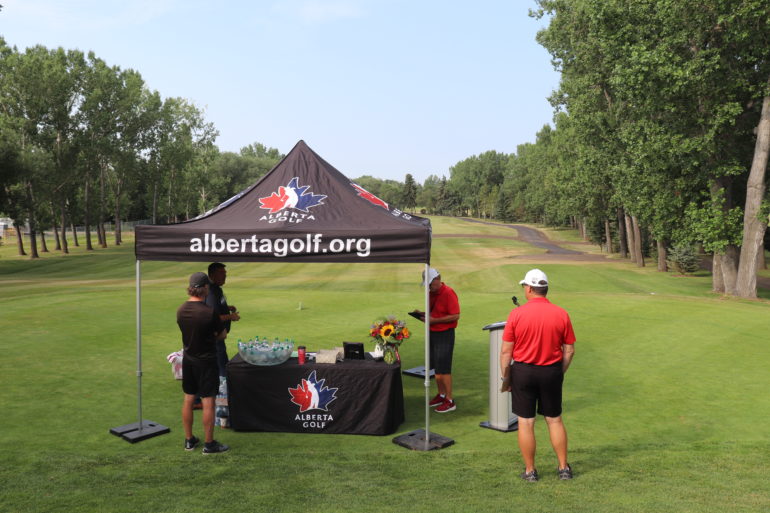 For this year’s competition the course
will play between 5,500 and 5,800 yards. The five par-3’s on the course will provide great variety for the competitors with the 11th and 13th holes both playing over 175 yards.

“Broadmoor is a very traditional layout,” said Wright. “We have very mature tree-lined fairways, and the course is very playable and fun. I wouldn’t consider it a long course
by today’s standards, but it is a golf course on which you use every club in your bag.”

“In 2020 there were obviously a lot of challenges getting open safely and following all the protocols,” Wright admitted. ”Once we did get open, we were averaging over 300 players a day. We ended up with just short of 40,000 rounds for the season which was up almost 5,000 rounds from what had already been a busy 2019.”

The 2021 Alberta Ladies Amateur Championship sets up as a good one at Broadmoor. Golf Canada is planning on running their championships in 2021, so it will be exciting to see who makes the Alberta Interprovincial Team that will compete at the Canadian Women’s Amateur Championship July 20-23
at Royal Montreal Golf Club. Wright is hoping this event will be a stepping- stone for international play as well.

“Brooke Henderson, who’s ranked
sixth in the world, won her provincial championship in Ontario in 2014,” Wright stated. “I’m hoping the next Brooke Henderson will be playing at Broadmoor this summer.”