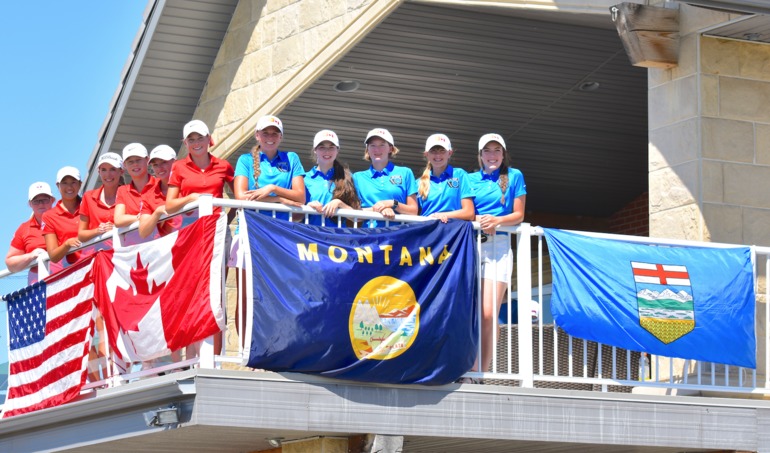 In their first year of the 2017 Alberta-Montana Junior Ryder Cup competition, both the Alberta teams came out on top. The girls won by 10 Nassau points, with only two points separating the boy teams in the end.

With incredible teamwork, the boys swept the four ball and champion alternate shot day one rounds. Montana narrowly made a comeback in the final individual match play round, beating Alberta 12 to 6, but the boys’ chemistry prevailed. “We’re just all good friends, we all knew each other from before this event. We just all get along really well. So, I think that this team fit perfectly together,” says 14-year-old Marko Banic.Having trained together in this year’s Alberta Golf Development Program, the boys’ dynamic acted as an advantage.

“Being able to trust each other is what definitely helps. It’s knowing that you’re going to give your partner a 20-foot putt, and he’s going to do his absolute best to get it as close to the hole as he can, or put it in the cup. That’s what counts. Being prepared both mentally and physically, and having this gang together, is what definitely helped us get the win,” says 17-year-old Connor Ackroyd.

The girls dominated the event from start to finish, feeding off one another’s strong individual games. “I knew that I could rely on my playing partners in both good and bad shots. We sort of helped each other out through the entire thing,” says 13-year-old player Tillie Claggett.

Her and her 14-year-old partner, Grace Bell, cleared all of their matches. Claggett explains that in a competition like this it’s a different style of play. “It’s important that you do your part. You have to think when you’re making decisions.  It’s not just yourself that you’re doing something for, you have to do it for the team. It’s that much m ore important, and it’s that’s much more pressure, but it’s also that much more fun.”

ABOUT THE 26TH ANNUAL ALBERTA-MONTANA JUNIOR RYDER CUP
In all events there are three Nassau points; one point to the winner of the front nine, one point for the winner of the back nine, and one point to the winner of the eighteen-hole match. The two day tournament featured six male and six female junior golfers per team. The teams were selected by the Alberta Golf and Montana State Golf Association. During the event, they developed their skills and competed as a unit at The Desert Blume Estates and Golf Club. The team was accompanied by Team Alberta Development Program Coach John Deneer. To search a player, view the Junior and Bantam Alberta Player of the Year rankings. 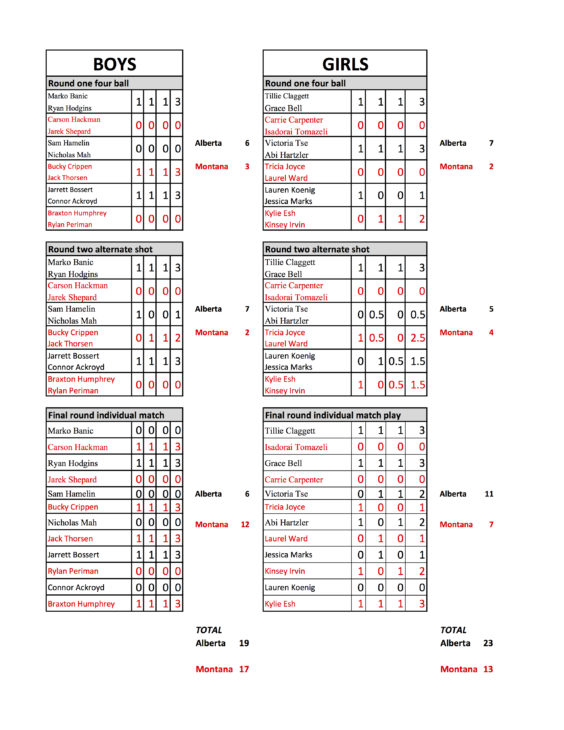