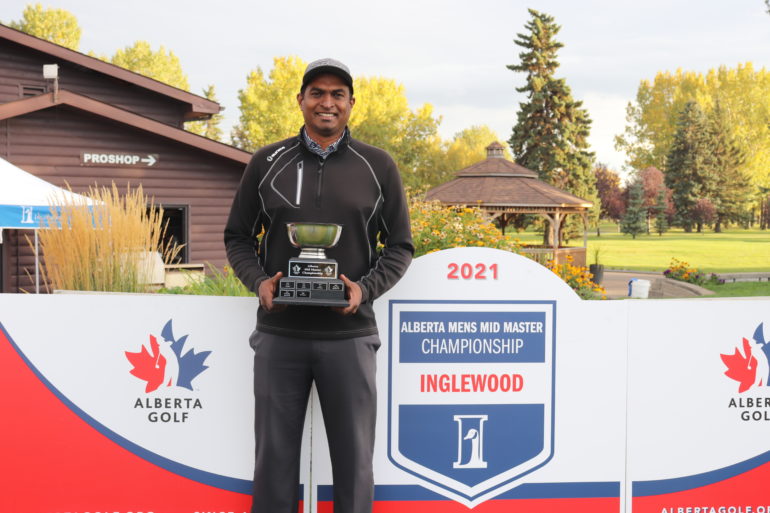 Alberta Golf (Calgary) – The final round of the final event on the Alberta Golf 2021 calendar provided the type of drama fitting to end the season. Shiro Mani from The Canal at Delacour Golf Course fended off 4 competitors for a one shot victory at The Alberta Mens Mid Master Championship at Inglewood Golf and Curling Club to win his first Alberta Golf event.

“Awesome man, it was a grind,” Mani admitted. “It sounds so good to be champion, it’s my first win playing many years of Alberta Golf events, I’m just blown away.” 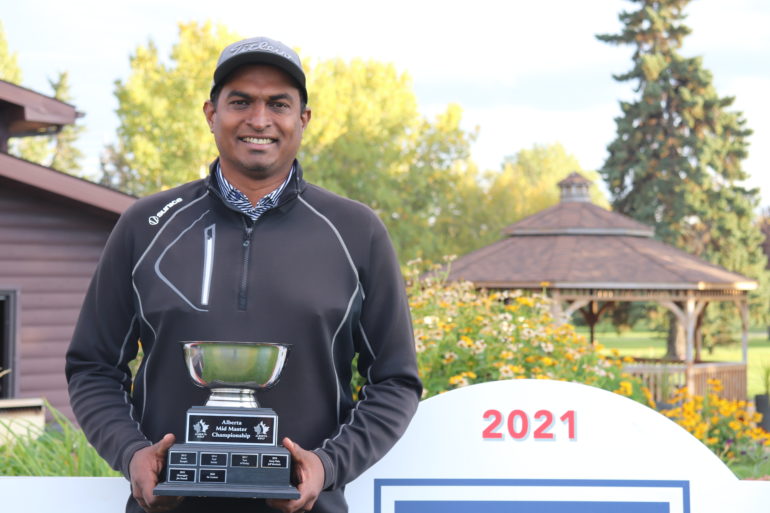 Mani shot a final round 1 over 72 with 3 birdies and 4 bogeys but said his best moment of the day was a clutch up and down from the bunker on the par 3 17th hole, his par saver a slick downhill putt that he committed to and made. After a par on 18 there was one more group to watch to see if his 2-over-par for the 2 days would hold up. John Deering, playing on his home course at Inlgewood, had a 20-foot dowhill putt for the victory but it just missed. It looked like Deering and Mani were headed to a playoff but Deering lipped out on the short comebacker and fell one shot shy. 73-year-old Howard Broun beat his age by 1 shooting 72 to finish one shot off the lead and finished 2nd in the overall competition and won the 60+ category.

Lanny Seefried won the 40-49 flight, shooting a final round 73 and finished 1 shot back of Mani. 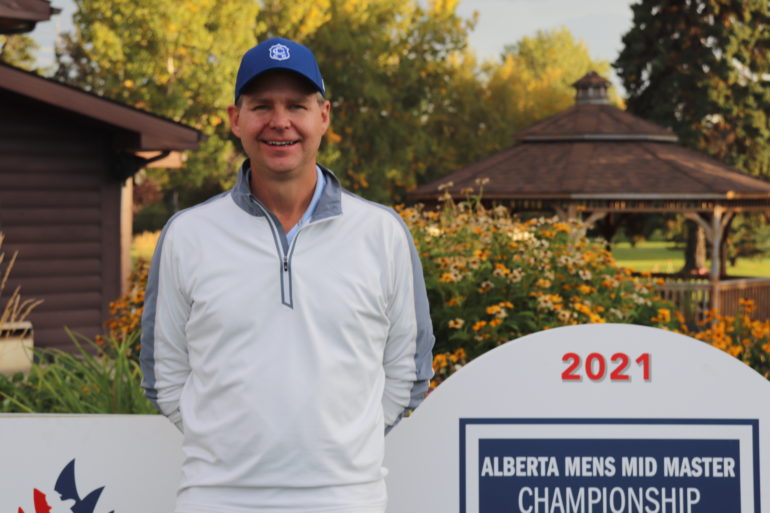 Michael Baldwin from The Pinebrook Golf and Country Club won the 50-59 flight, shooting a final round 72 to finish 2 shots back. 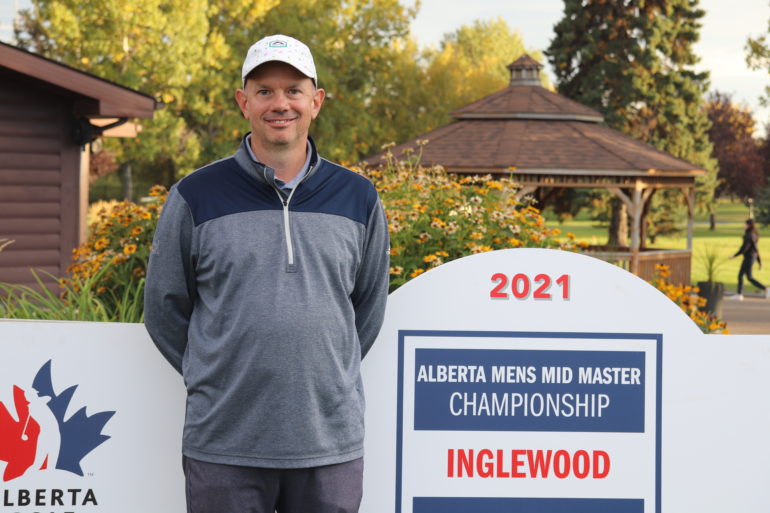 73-year-old Howard Broun finished 2nd overall and won the 60+ flight, shooting 72, one shot lower than his age and one shot behind Shiro Mani. 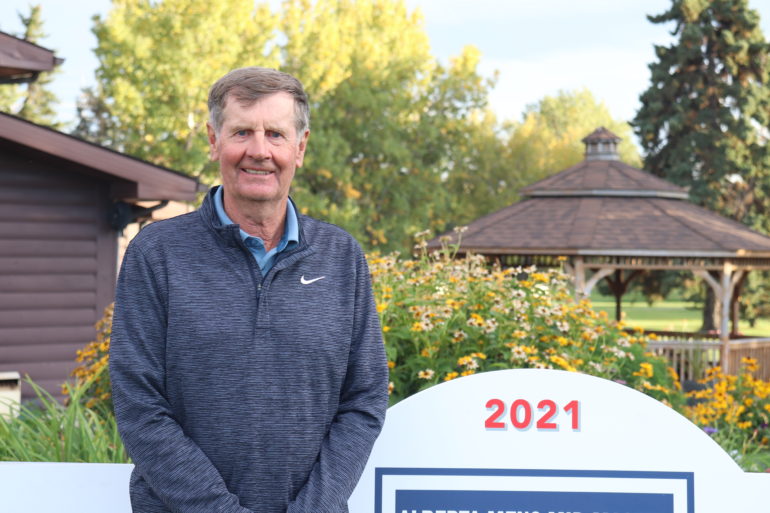 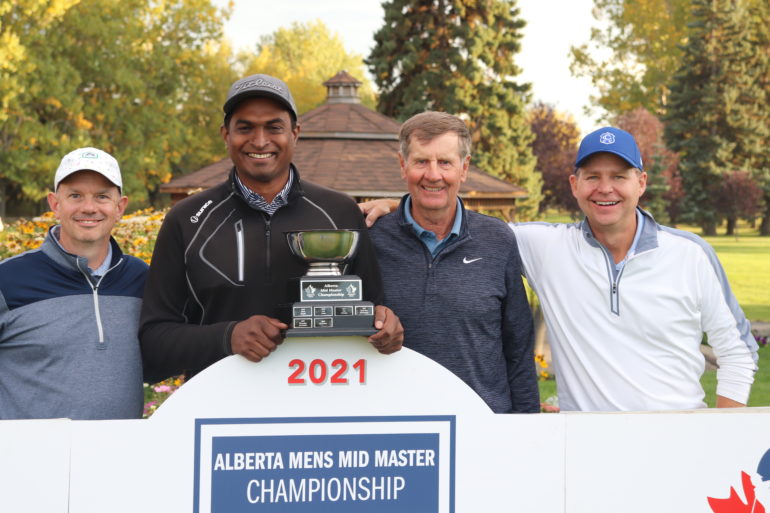 78-year-old Kent Gillingwater was a volunteer 1st tee starter for the championship, he’s been a member at Inglewood for an amazing 65 years, since he was 13-years-old in 1956.

FULL SCORES IN ALL FLIGHTS HERE 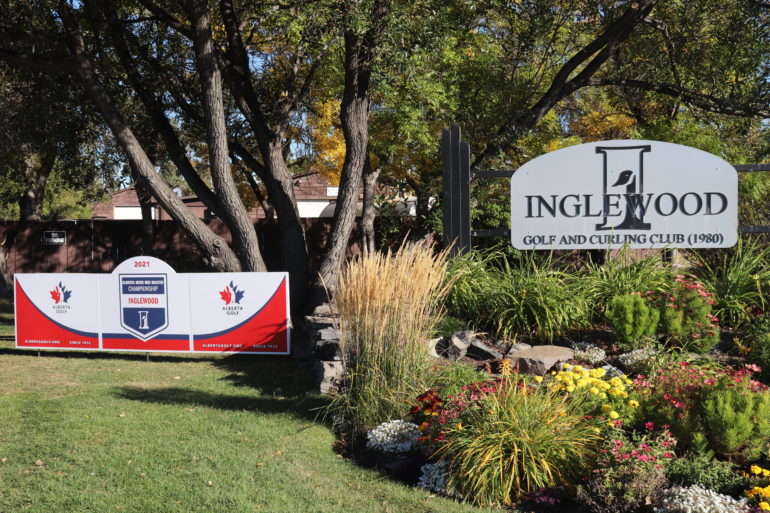 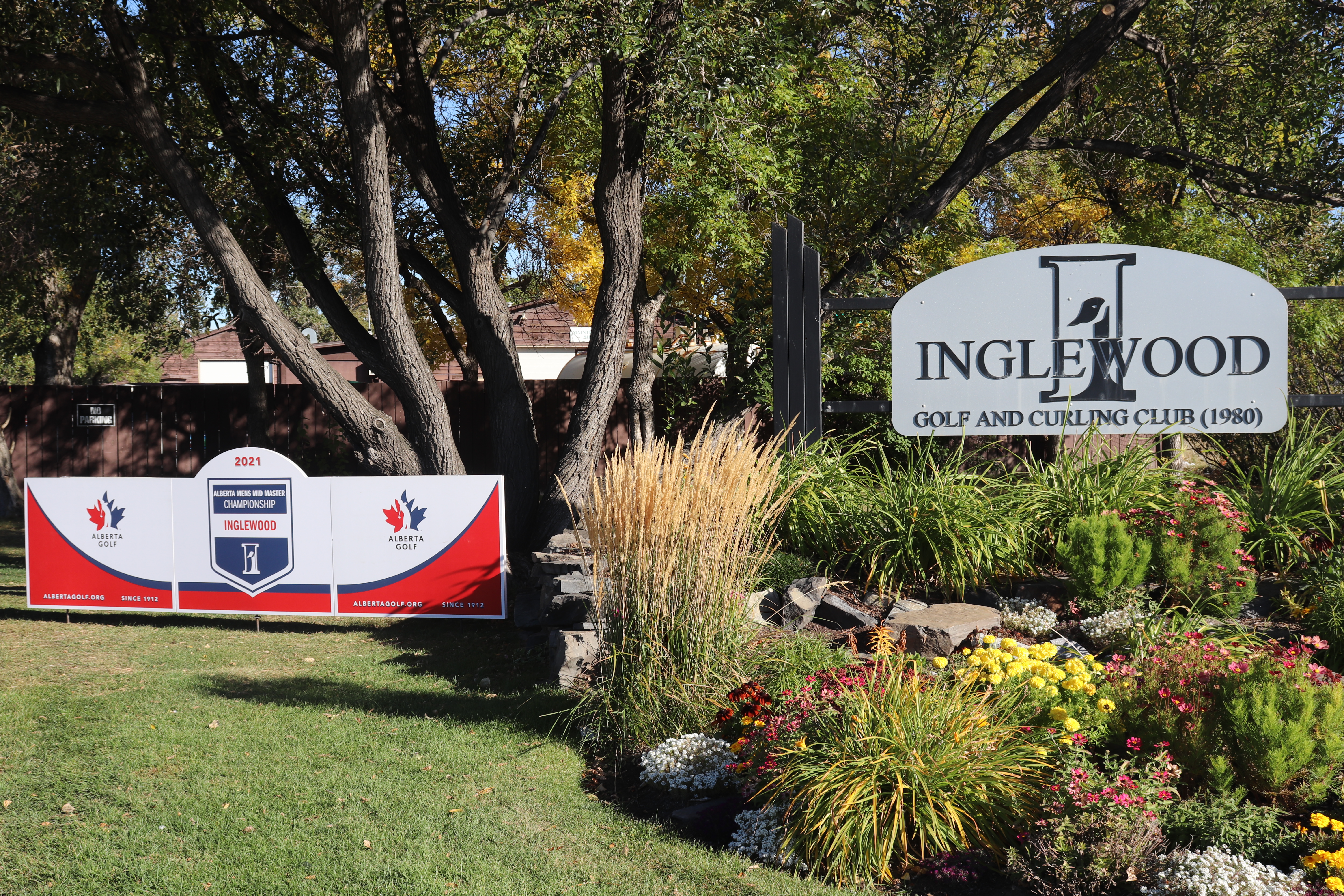