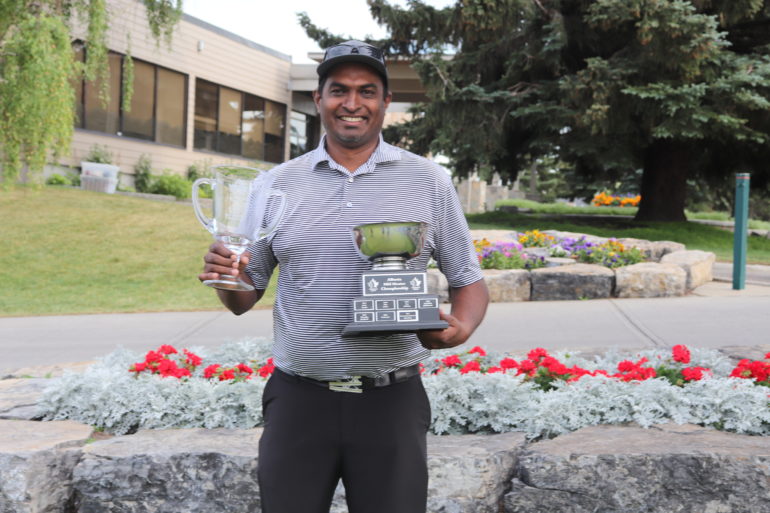 Alberta Golf (Calgary) – Shiro Mani from the Canal at Delacour Golf Club hasn’t played much golf this summer. Due to a hip injury he had to withdraw from The Alberta Open, The Alberta Mens Amateur Championship and he missed the cut in the Alberta Mid Amateur Championship, so showing up at The Winston in Calgary and defending the title he won at Inglewood Golf and Curling Club last season seemed like a long shot. Mani was steady over the 2-day event especially in the final round where the defending Mid Master Champion had 5 birdies including a dramatic chip in on the 17th hole and only 1 bogey on 18 but still won by 2 strokes over 2021 Alberta Mens Senior Champion Senan Foley. 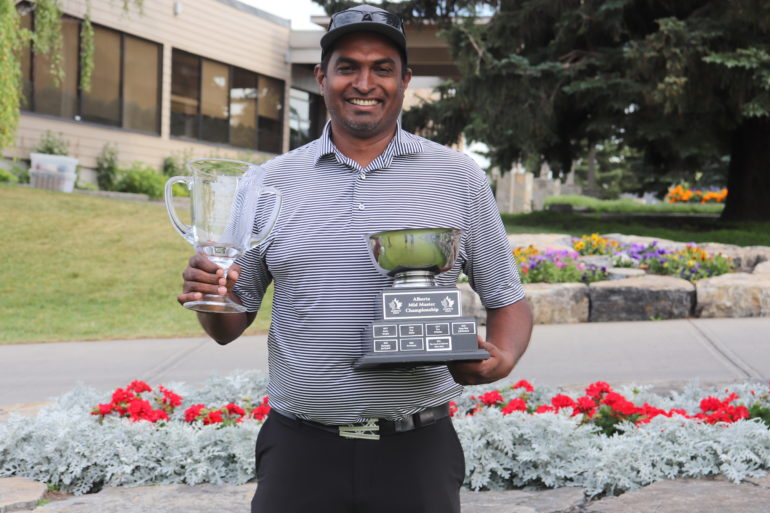 The champion of the 40-49 age category is Ted Appelman, Senan Foley won the 50-59 age category and David Schultz was tops in the 60+ division. 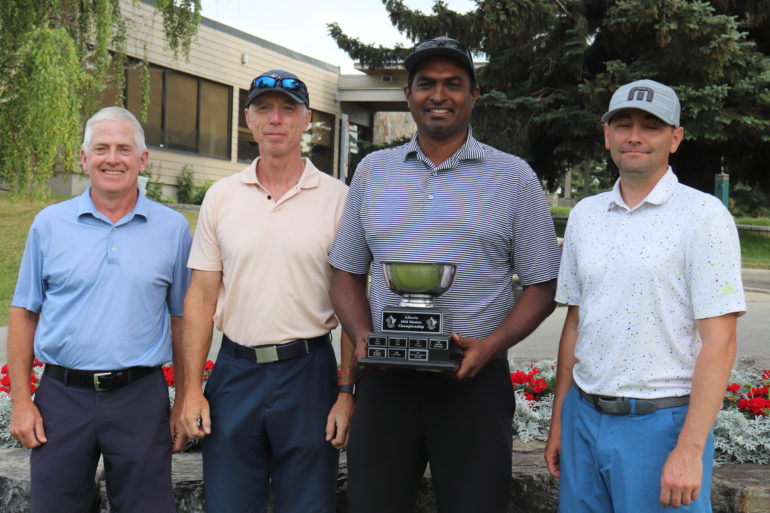