The 2020 Alberta Mens Mid Amateur championship is set to begin Tuesday as 118 players 25-and-over compete for a provincial championship.

Competitors will play 54 holes at Coyote Creek Golf and RV Resort in Sundre, Alberta. After the 2nd round the field will be cut to low 60 players and ties for Thursday’s final round.

It was very wet conditions in 2019 for the final round of the Alberta Mens Mid Amateur Championship at Earl Grey Golf Club in Calgary.

Jesse Galvon of the Glencoe Golf and CC had a 4 shot lead to start the day and extended it to 6 shots by the turn but once the weather started turning Galvon gave 4 shots back in a 5 hole stretch. Great play by Bearspaw’s Emmett Oh on the back nine created some big time drama. Oh birdied the 16th hole to get within 1 but had birdie putts on 17 and 18 just slide by.

Galvon stepped up and drained a birdie putt on 18 for a 2 shot victory. 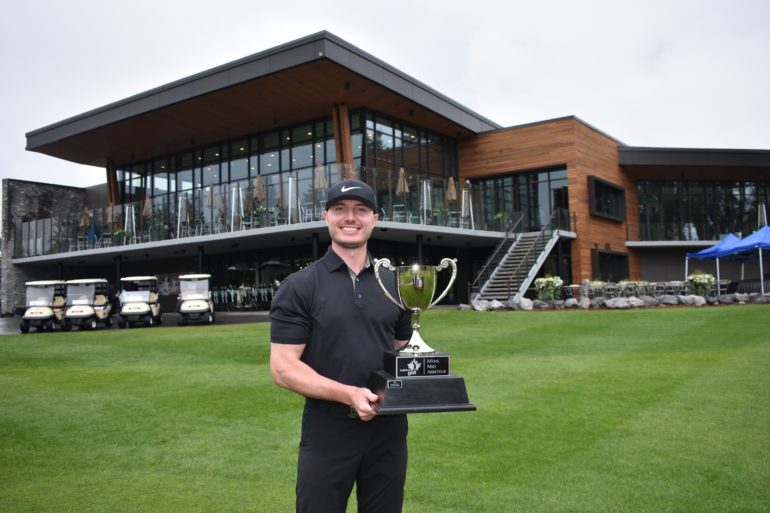 2019 FINAL ROUND VIDEO LOOK BACK

This year’s tournament will be played under Covid-19 protocols. Some of the main competition changes from year’s past will be leaving the flagstick in at all times and offering free relief from disturbed areas in bunkers.

Here is a link to our Covid-19 Competitions Information Booklet

The Field and First Round Tee Times