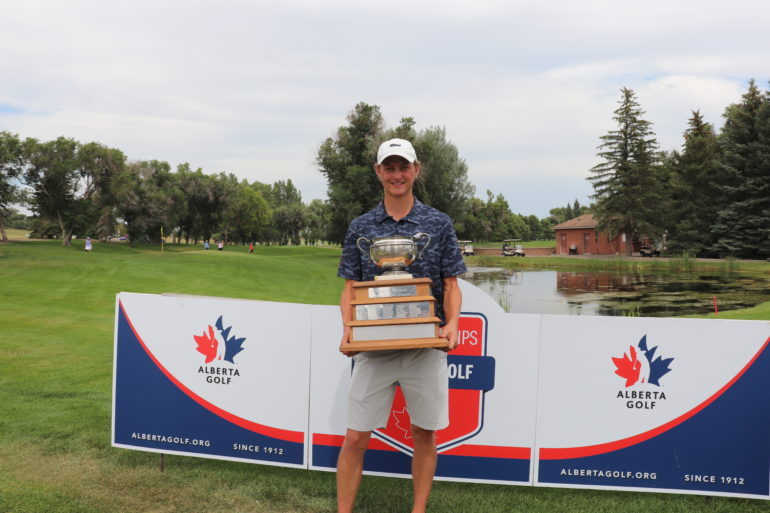 Alberta Golf (Medicine Hat) – UBC Golfer Michael Valk had this week circled on his calendar and was worried in March that the 2020 Alberta Mens Amateur Championship wouldn’t happen this year on a golf course blocks from his home in Medicine Hat. But using Covid-19 protocols both The Medicine Hat Golf and CC and the players wanted this provincial championship to run and what a spectacular week it was.

The 21-year-old Valk who plays out of the Desert Blume Golf Club lives right beside The Medicine Hat Golf and CC and has played it hundreds of times, and that experience paid off during a course record tying 65 on Thursday that included a 6 under stretch from holes 9 to 14 to secure the 2020 Alberta Mens Amateur Title on the famed track founded in 1913.

“It’s a feeling I’ll probably never get again,” admitted Valk. ” To literally be a couple streets over and wake up in my own bed coming down here and get the win, it’s quite the feeling.” 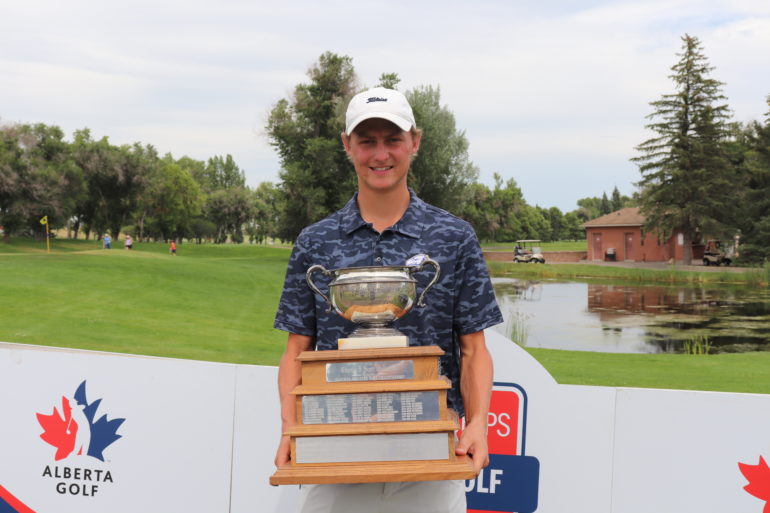 17-year-old Hunter Thomson from The Calgary Golf and Country Club has had quite the couple weeks, winning the Alberta U19 Championship 2 weeks ago in Spruce Grove, winning on the MJT Tour last week and runner up this week after a final round 69 to finish at 4 under.

“Super happy with the way I’m playing,” Thomson said. “Means a lot for my hard work to pay off and I’m excited to head into the Alberta Open next week at Wolf Creek with 3 good weeks of golf behind me.”

Jakob Chicoyne of the Glencoe Golf and Country Club in Calgary also tied the course record with a 65 in the final round. The Interprovincial Team is made up of Champion Michael Valk along with Hunter Thomson and Chandler McDowell of Red Deer who shot a final round 66 to tie for 3rd with Carter Graf. 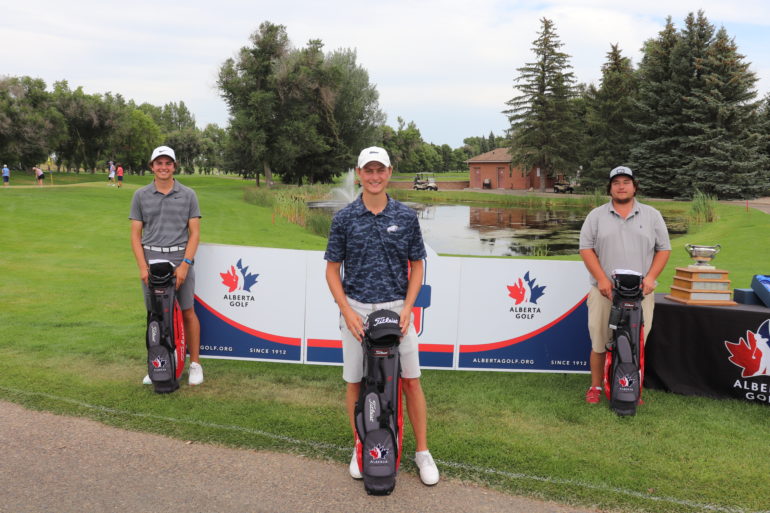 Packed leaderboard heading into final round of Alberta Amateur Championship