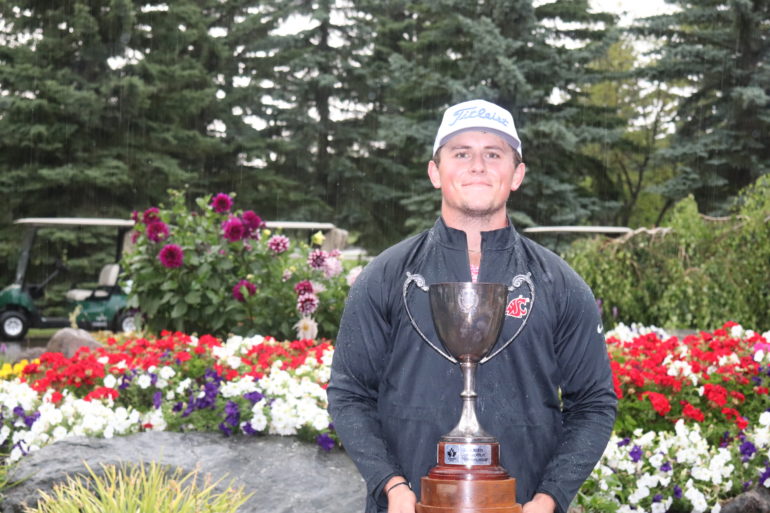 Alberta Golf (Edmonton) – A long day of Match Play competition at Jagare Ridge Golf Club in Edmonton saw Max Sekulic defend his Match Play Title. The Grande Prairie raised product now living in Calgary had a tough match in the semi-finals against U19 Champion Hunter Thomson of Calgary but eventually won 3 and 2. 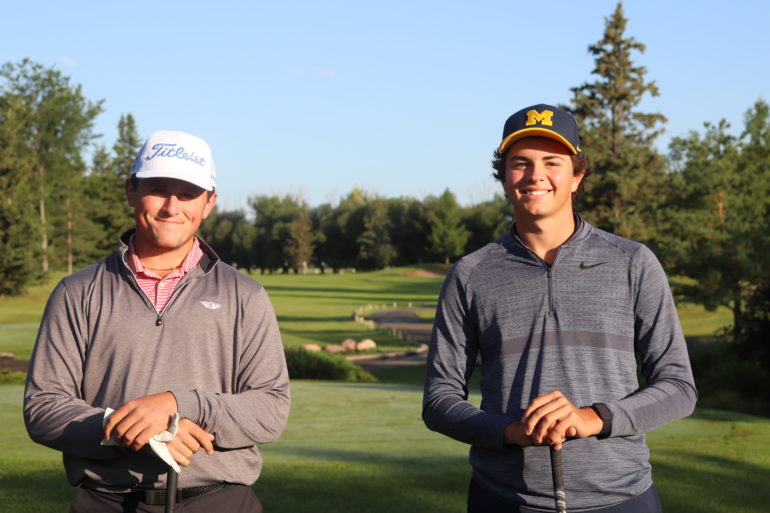 The other semi-final saw Tommy McKenzie of Calgary beat Red Deer’s Chandler McDowell with a birdie on the first playoff hole. 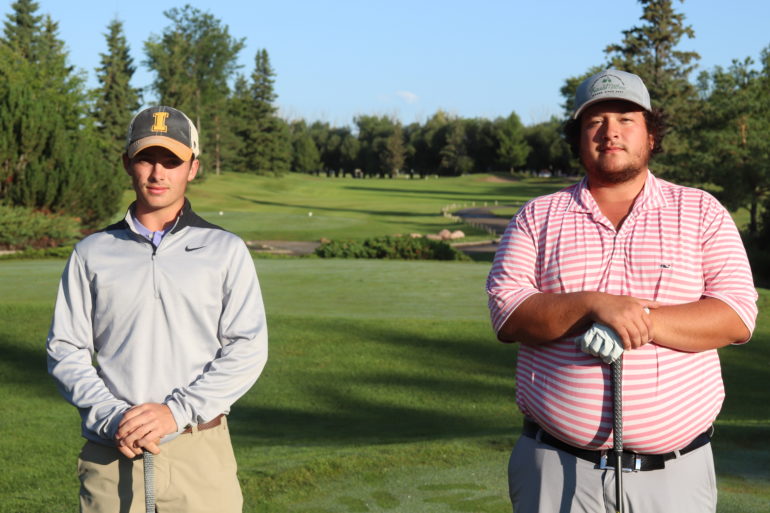 Sekulic had a hot start in the finals against McKenzie with birdies on the first two holes and a 4UP lead after 9. But McKenzie who plays out of Priddis Greens hung tough on the back nine and after winning  the 14th, 15th and 17th holes he was only 1 Down heading to 18. McKenzie hit his tee shot right on 18 and after a short lightning delay could not find the ball and led to a double bogey. Max Sekulic, who plays out of The Glencoe Club in calgary, defends his Alberta Match Play Title with a 2UP victory.