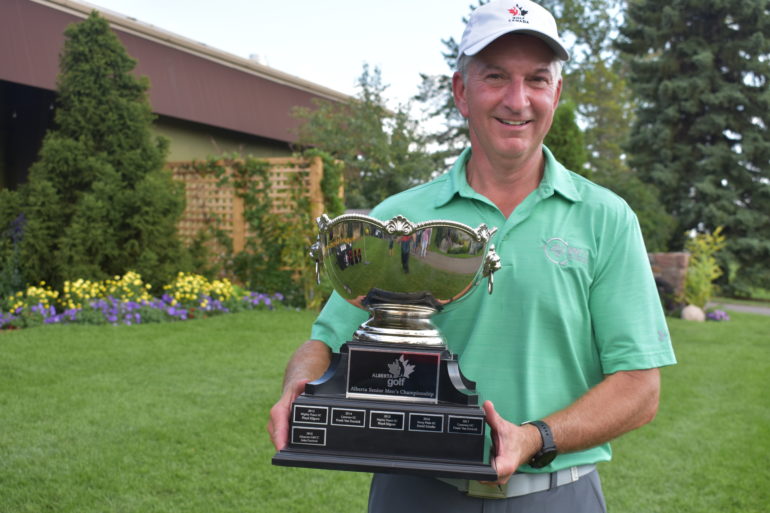 Alberta Golf (Edmonton) – The final hour of the Alberta Senior Mens Championship had the type of drama fitting for a provincial title. Edmonton’s Brian Laubman birdied the 16th hole and drained another birdie putt on 17 to tie Red Deer’s Ken Griffith heading to the final hole at The Derrick Golf & Winter Club. Both Laubman and Griffith had makable birdie putts on 18, Laubman missed his attempt setting the stage for Griffith who drained the winning putt to take his first Alberta Senior Mens title.

“I was still expecting Brian to make his putt on 18, that’s what you have to do.” said Griffith ” I just said gotta do it and rolled it in. I loved it, it’s a real honour to compete with so many good friends I have and I feel very fortunate to come out as the winner.” 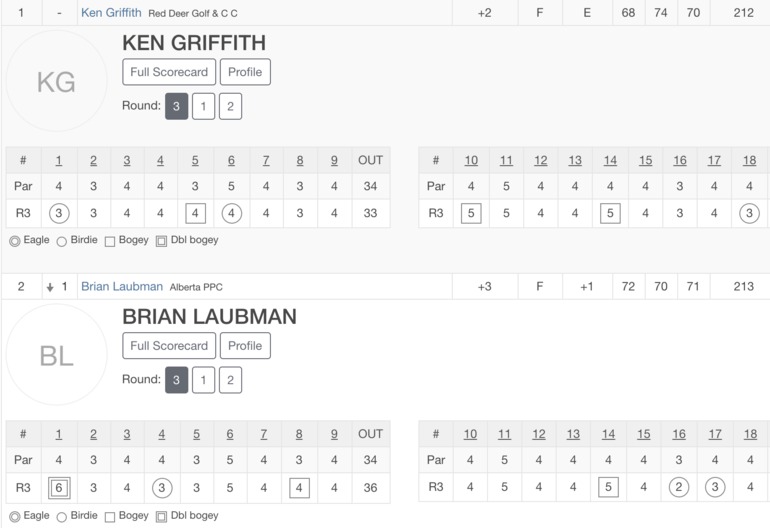 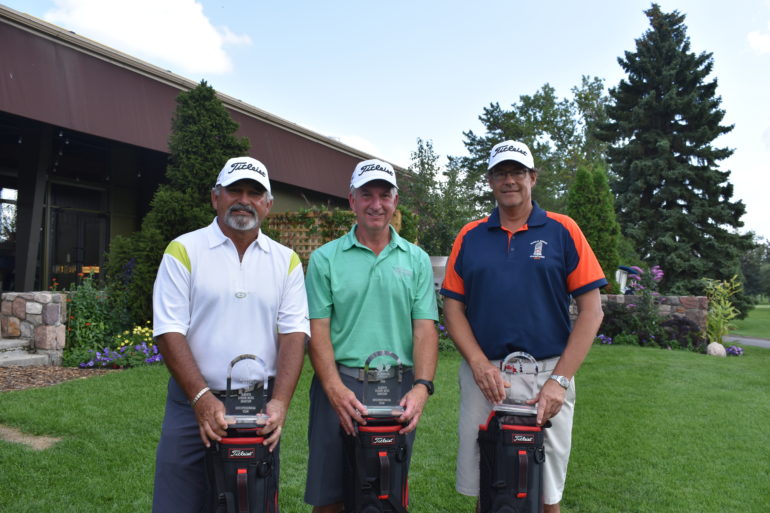 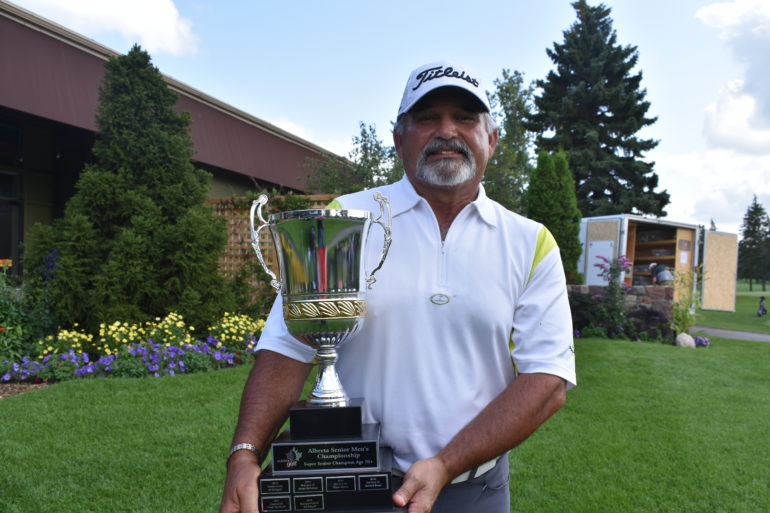 VO and INTERVIEW FOR TV MEDIA