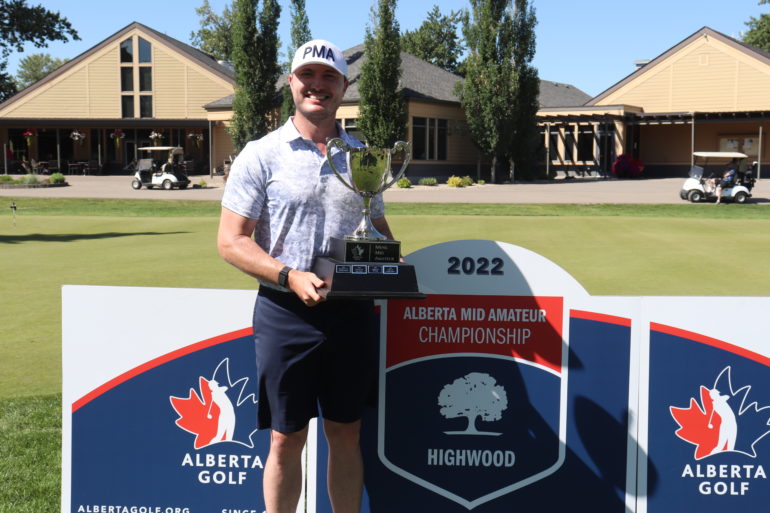 Alberta Golf (High River) – Highwood Golf Head Professional Dan Warwaruk assured us the final 3 holes would give us high drama in this year’s Alberta Mens Mid Amateur Championship, but I don’t think he knew the drama would be 40-feet high! Before we get to the crazy finish on the 18th hole let’s start at 16 with three golfers, Ryan Werre, Jesse Galvon and Barrett Jarosch separated by 2 strokes with the trophy up for grabs. Galvon the 2019 Champion tugged his tee shot left on 16 and found himself up against the lip of a fairway bunker, he had to chip out sideways and left it in the bunker. His third shot fell way short of the green and Galvon knew a chance at the title could be slipping away, but the Heritage Pointe player made a great up and down for bogey. Meanwhile Werre, the Desert Blume golfer from Medicine Hat made a great birdie and headed to the 17th tee with a 3 stroke lead on the field. Werre played safe in the fairway on the driveable par 4, but Galvon needed to press and drove the green and just missed his eagle chip, they headed to 18, Werre with a 2 stroke lead with one hole to go. On 18 Galvon drove first and piped one in the middle of the fairway on the par 4, Werre pushed his tee shot right of the fairway bunker in a sandy area about 200 yards from the green. With a 2-Shot lead even a bogey most likely gets the win for Werre. The two options for Werre were to lay up get on the green in 3 and try and 2 putt for bogey and most likely the win and at worst a playoff, instead he took on the tougher 200 yard shot for the green. This is where things took a crazy turn which led to one of the wildest finishes to a golf event anywhere, ever!! Werre’s 2nd shot clipped a tree hopped forward and stayed 40-Feet up in another tree, he had 3 minutes to find it so he jumped into the tree, climbed to very top and shook the tree with all the force he could. About 50 pine cones came falling out, the referees and players thought each one was his ball but in the end he never found it. After the ball was declared lost Werre climbed back down exhausted and went back to play his 4th shot which he hit into the penalty area. The entire episode led to Werre shooting 9 on the final hole and finishing in a tie for 4th with defending champion Brandon Markiw who had 5 bogeys on the front nine but 5 birdies for a 30 on the back nine.

Barrett Jarosch played in the final group and watched all the drama unfold on the 18th hole, he made a solid par on 18 and finished tied for 2nd with Dustin Yeager who shot the low round of the day with a 68 including a chip in on the 11th hole for eagle.

Jesse Galvon, who thought his chances to win were slim standing in the 16th fairway staring a double bogey, looks back on that great up and down for bogey and great birdie on 17 as the key to giving him a chance and once Werre hit disaster on the final hole a steady par gave him the championship trophy after a final round 70. 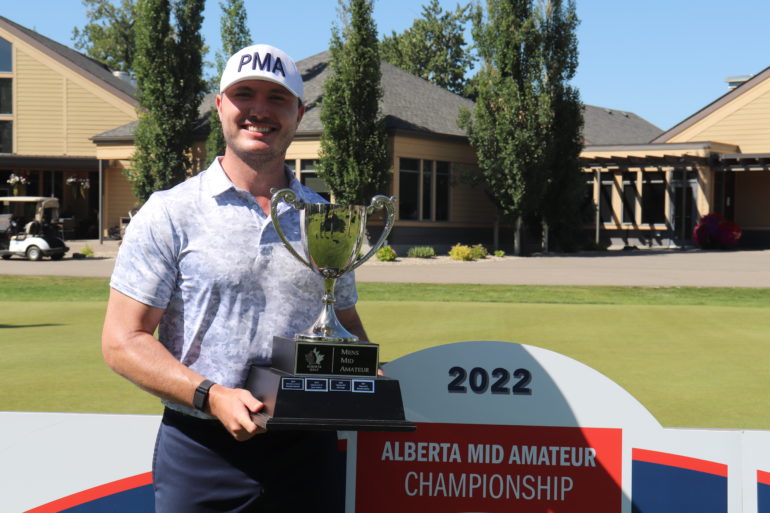 WATCH: VIDEO WRAP OF A CRAZY FINISH TO THE ALBERTA MENS AMATEUR CHAMPIONSHIP 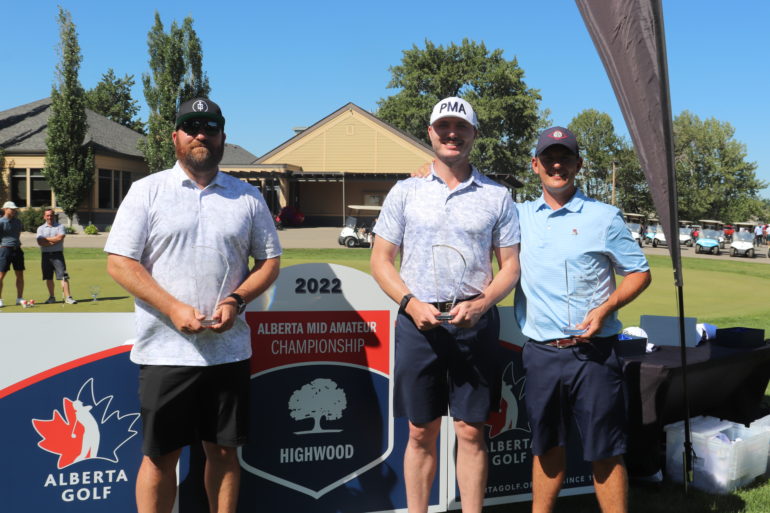 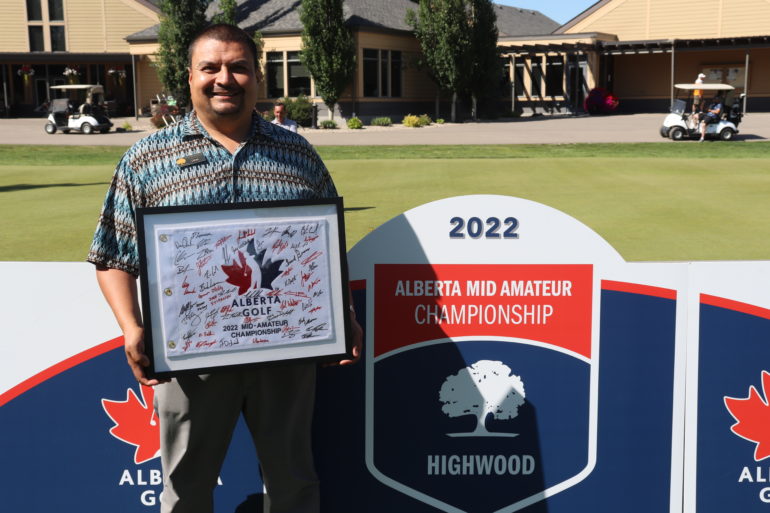