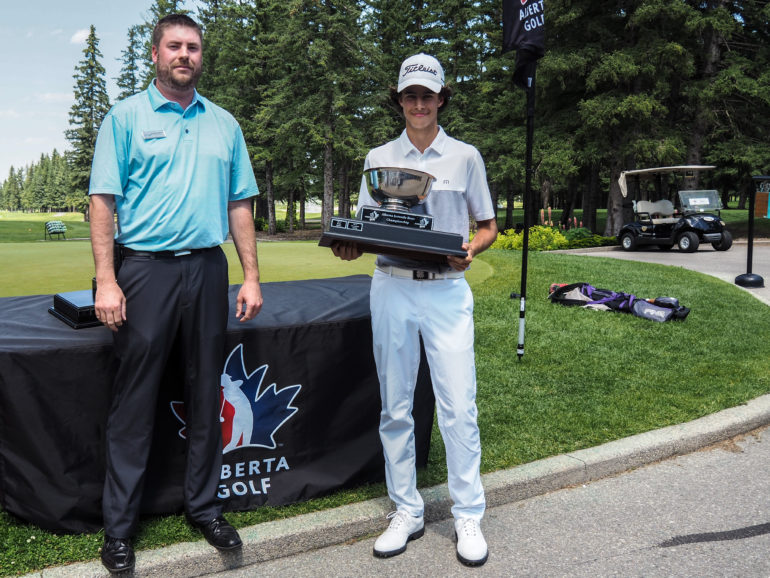 Alberta Golf (Calgary) – Over the winter we will be doing player profiles on our high performance athletes. This week’s profile is on Ryan Hodgins of Medicine Hat.

Hodgins is a grade-12 student in high school in his home city of Medicine Hat. While the smooth lefty  played all sports growing up, it’s only recently he’s focused on golf full time.

“My dad brought me into it at a very young age, I got my first set of clubs when I was 3 years old and I fell in love with the game ever since,” Hodgins said. ” I played all sports from a young age, mainly just hockey and golf last year and it’s strictly golf right now.”

Ryan Hodgins: in his own words

Hodgins is already a provincial golf champion. In 2018 at the age of 16 he won the Alberta Juvenile Boys Championship at the Sundre Golf Club by 2 strokes over Ethan Choi of Pincher Creek. Hodgins said that win is the biggest of his young career so far.

“I played really solid going into that event,” Hodgins admitted. “The 4 days were a grind but I battled through, stuck with it and winning was very rewarding.”

The Medicine Hat Golf and Country Club product just spent a weekend in Calgary at The Edge School for Athletes working on his game and fitness level at a high performance camp. Hodgins says the funding he receives from Alberta Golf makes it all possible.

“It’s so awesome the funding they have for the players,” Hodgins beamed. ” They help you out with gym memberships, coaching, it’s really helpful.”

Hodgins is looking forward to competing this season at Alberta Golf events and seeing his friends from across the province, he says his ball striking and mental game are in great form.

“I’m not super long but I’m pretty accurate off the tee, but if there’s one thing I want to improve on this season it’s putting.” Hodgins admitted. 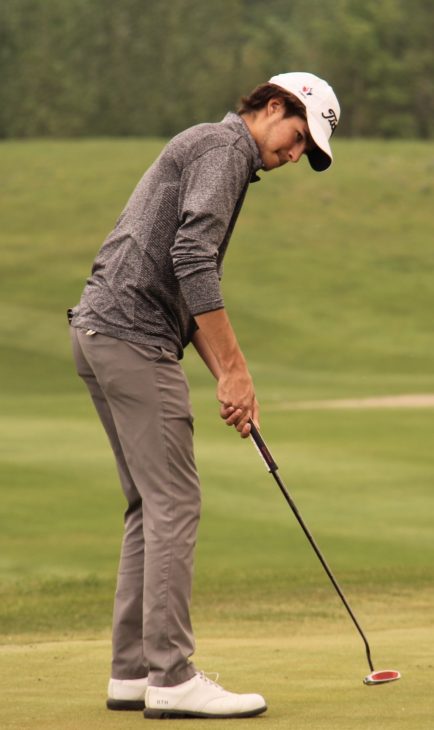 A fan of Rickie Fowler’s, Hodgins has already competed in a Mackenzie Tour Pga Tour Canada event and has his sights set long term on playing professional golf.