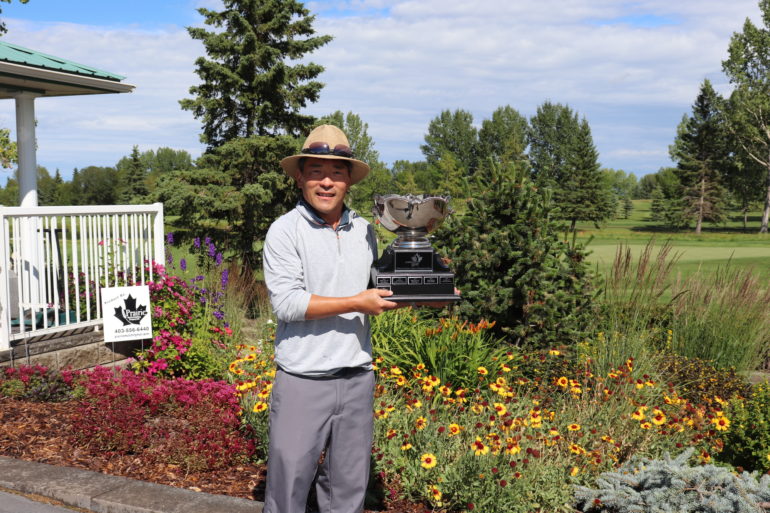 Alberta Golf (Olds) – The final round of the Alberta Senior Mens Championship from Olds Golf Club started in the rain but finished in glorious sunshine especially for Grant Oh of Calgary. The Silver Springs golfer started the day with a 2-shot lead over James Varnam of Edmonton. Varnam birdied 5 holes in a row to close out the front nine and tie Oh at 4-under par heading to the back nine. When Varnam drained a 50-footer on 15 he briefly tied Oh again ay 5-Under par but minutes later Oh made birdie as well on 15 and never looked back. Grant Oh birdied 17 and 18 to shoot 32 on the back nine, 68 on the day and a 3 shot victory over Varnam for his first ever Alberta Senior Mens Championship victory.

“My first time winning this event, it feels awesome,” Oh admitted. “I wanted to come today and have a good solid round and not feel like I gave it away, and I accomplished that so it feels really good.” 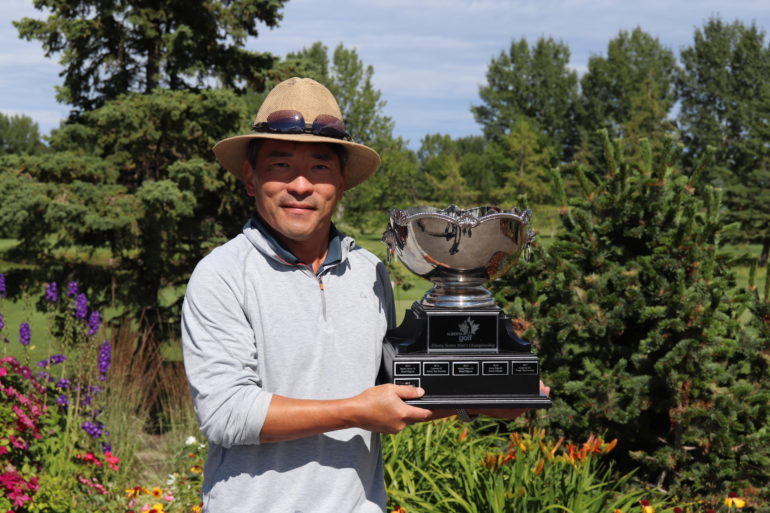 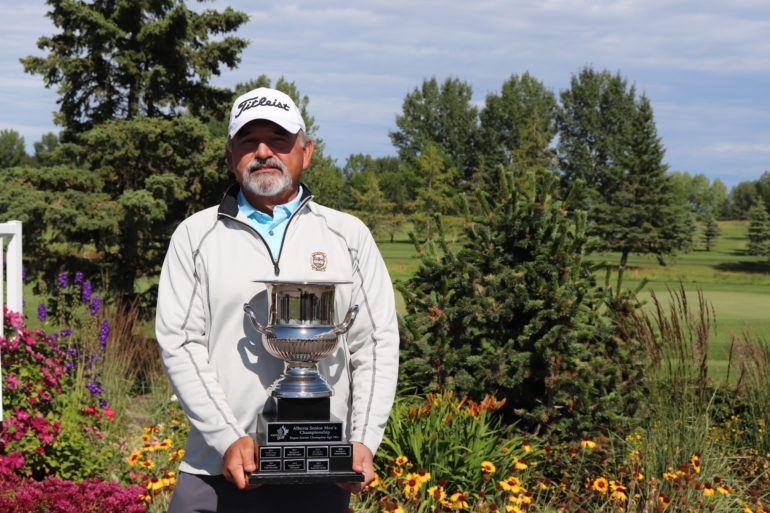 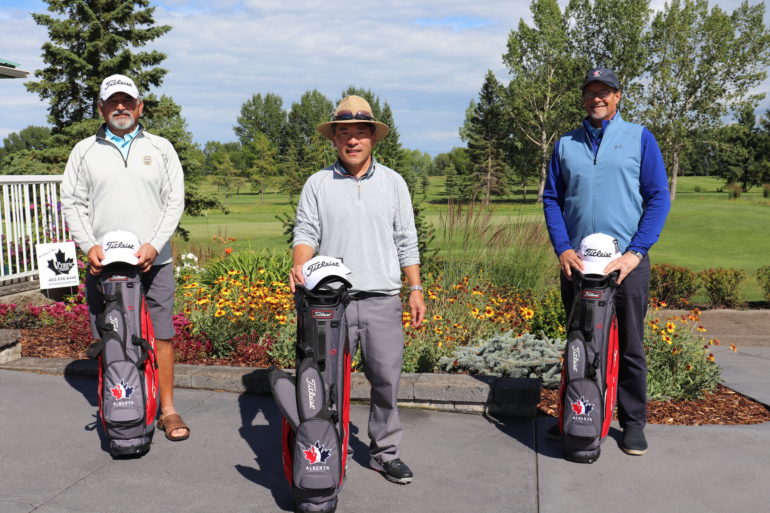 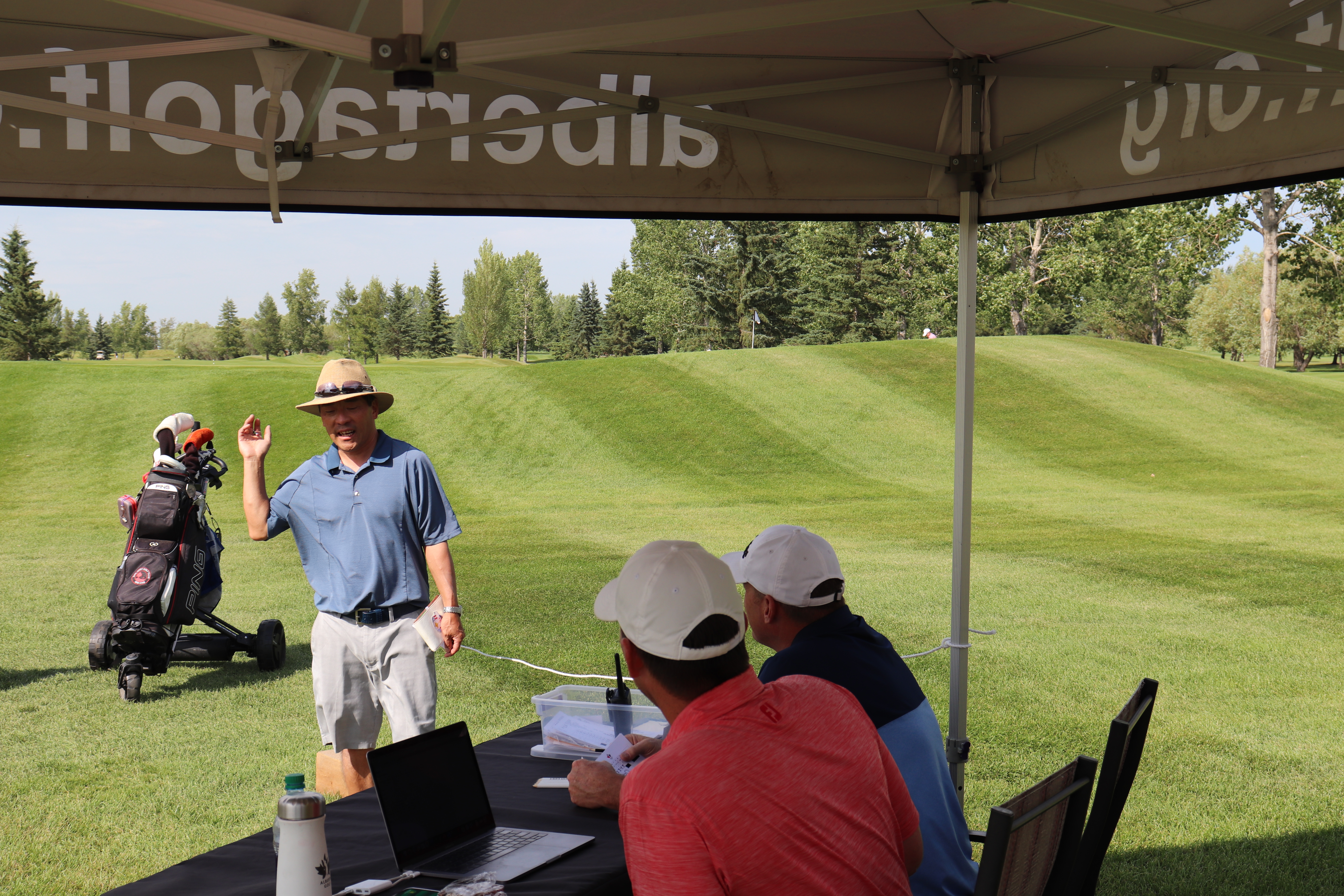