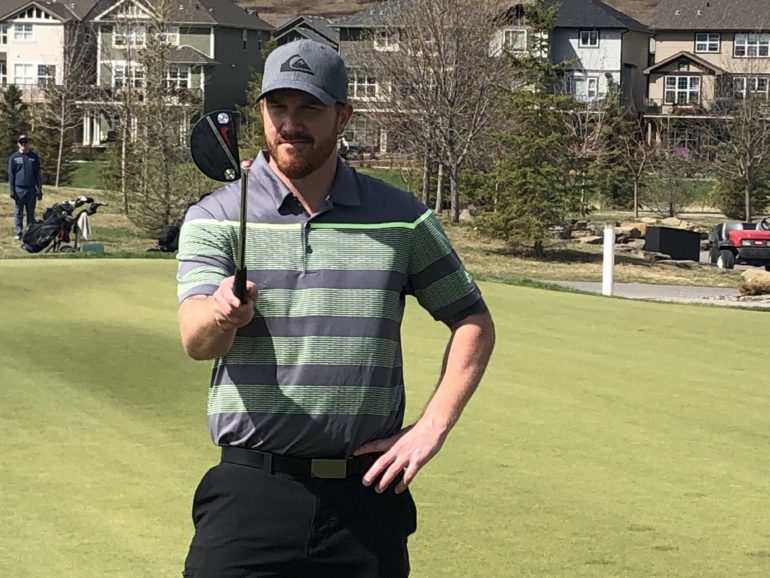 Alberta Golf (Calgary) – Mark Graham grew up in Calgary playing golf in the summer in Douglasdale, just a regular guy who thought golfing could certainly be a social distance activity during the Covid-19 pandemic. Graham along with his buddies in Calgary (Thomas Ferianec, Michael Ferianic and Mike Johnston) started a petition online in April asking the Alberta Government to consider giving golf an exemption from mandated business closures. The government allowed Golf Courses in Alberta to reopen on May 2nd under NAGA-AB Protocol guidelines, and the 53,000 signatures on Graham’s petition certainly played a big role in the decision.

Mark and his friends have been social distancing but reunited at Blue Devil Golf Club in Calgary on Wednesday May 6th for a social distance game of golf to celebrate courses being open. 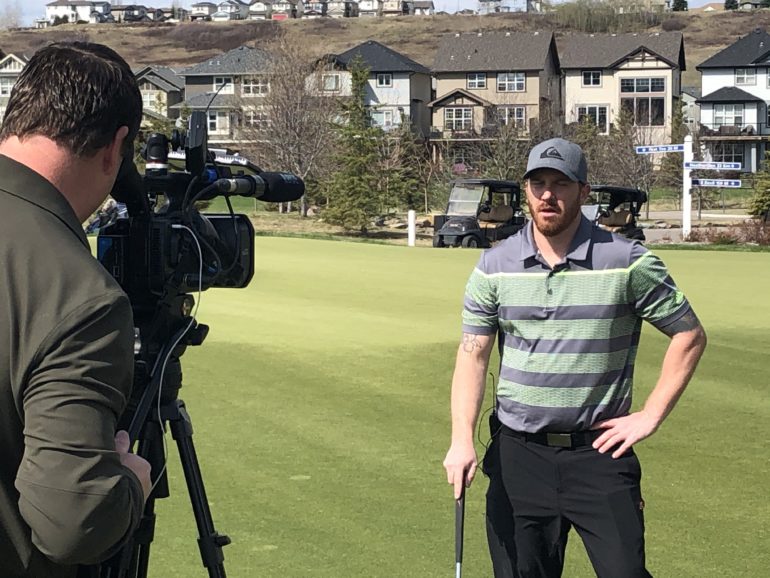 “The sun is shining, the birds are chirping, things couldn’t be better right now,” Said Graham as he stepped onto the property of Blue Devil. ” I didn’t think the petition was going to be as popular as it was, obviously there were a lot more golfers out there who agreed with our group, and now we have opportunity to golf a lot sooner than most people anticipated so we’re very thankful.”

VIDEO: Mark Graham in his own words.

The opening of golf courses meant Graham and his friends could catch up over a 4-hour game of social distance golf, and they were impressed with the Covid-19 safety protocols put in place at Blue Devil as they are at all Alberta courses that are open. 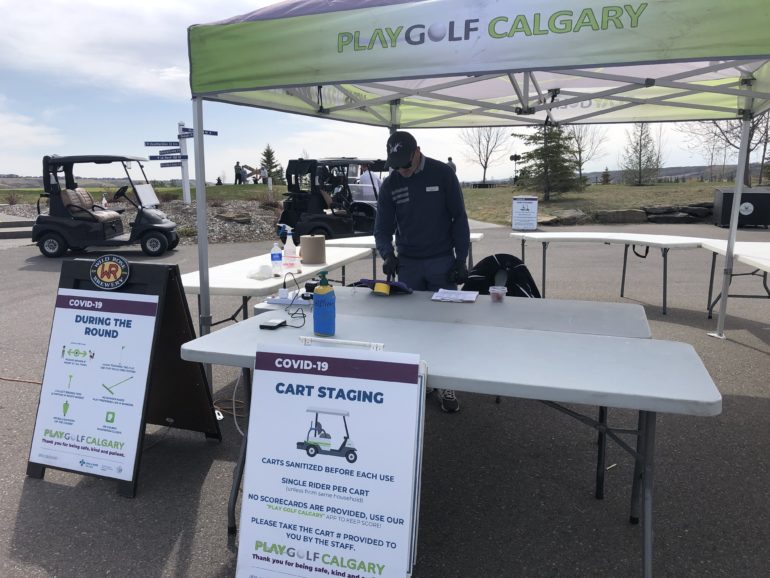 Scott Atkinson is the CEO of Play Golf Calgary that runs Blue Devil Golf Club, he played a pivitol role in the NAGA-AB Golf coalition that worked with government to reopen courses. Atkinson says it was great when he finally found out who started the petition.

“When I got to meet Mark it was great because we didn’t know who this person was,” Atkinson admitted. “When you realize it was just a person with an idea, a fun thing, and it was very helpful because it really illustrated to the government that there really is a lot of support for golf.”

Atkinson has been pleased with the reopening of Blue Devil and other courses under the Play Golf Calgary umbrella and says golfers are respecting the new protocols.

Graham enjoyed his return to the golf course and seeing his friends again and is looking forward to seeing if Clubhouses and Pro Shops will reopen during the Stage 1 relaunch on May 14th.