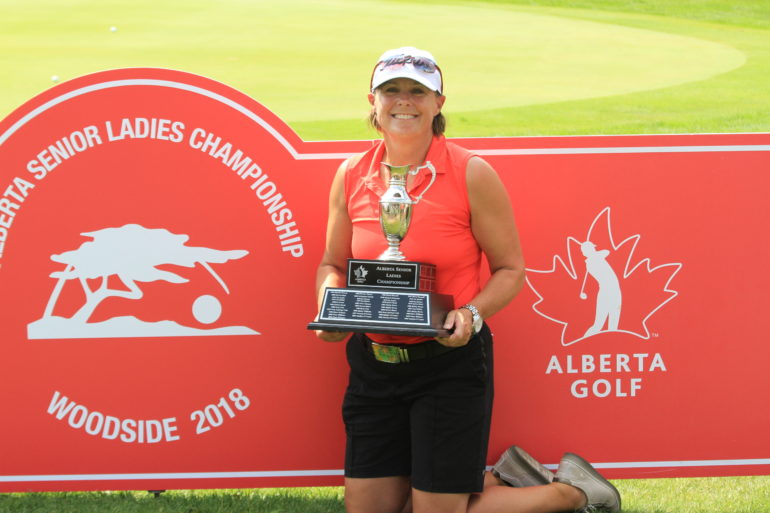 Barbara Flaman entered the final round with a two stroke lead over a decorated champion in Jackie Little.

The 56-year-old from Sherwood Park looked to be on cruise control early on by making all pars and a single birdie through the first seven holes.

That consistent play ended when she got in trouble on the par four eighth. She struggled to a quadruple-bogey.

At the turn, Flaman and Little were all knotted up at four over par for the championship. 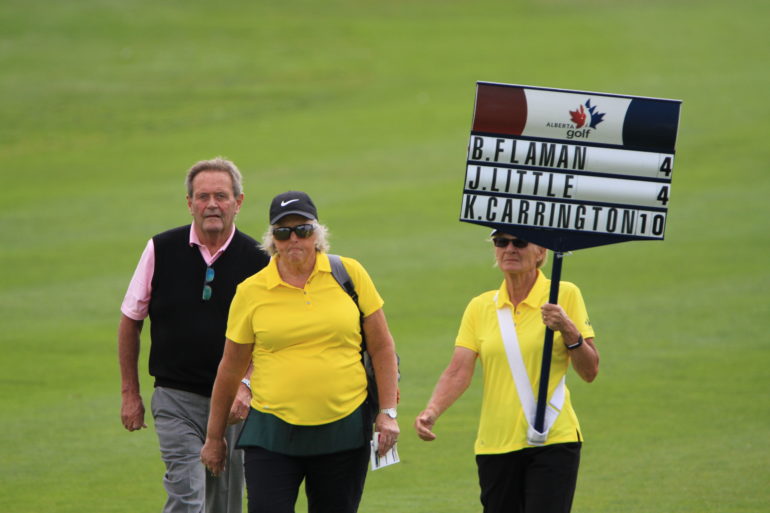 Flaman, a member at Windermere G&CC, bounced back strongly with birdies on ten and eleven, followed by a string of pars.

She bogeyed 16 and 17 with Little knocking right on the door.

Flaman executed perfectly on the closing hole making a clutch par four to win by a single stroke over Little.

During the awards presentation Flaman credited her mentor, an eight-time Alberta Senior Ladies Champion, Diane Williams for providing sage advice that helped calm her nerves during the final round.

Alison Murdoch of the Victoria GC successfully defended her Super Senior title for those aged 65 & over.

Special thanks to the Woodside Golf Course, their membership, staff and volunteers for hosting the 2018 edition of the Alberta Senior Ladies.