Chandler McDowell leads the way after round 1 in Medicine Hat 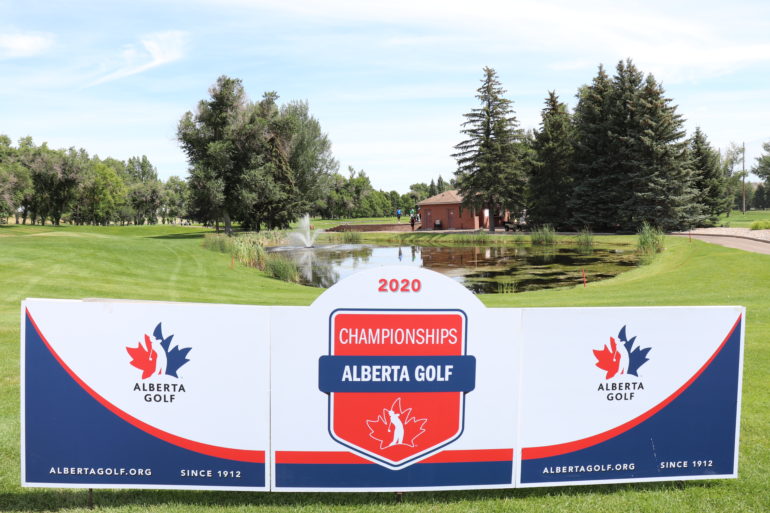 Alberta Golf (Medicine Hat) – Only 9 golfers were able to keep things under par on the short but tough layout at historical Medicine Hat Golf and Country Club during round one of the Alberta Mens Amateur Championship. 2018 Alberta Junior Champion Chandler McDowell showed the form that gave the Central Alberta product from Red Deer an 11-stroke victory at the Sundre Golf Club 2 years ago, McDowell posted 6 birdies and only one bogey Tuesday for a 5-under 66 and the first round lead.

Chandler McDowell shoots 5 under 66 in round one.

Brady McKinlay from the Lacombe Golf and CC had a bogey free round with 4 birdies for a 67, one shot off the lead heading into the second round on a very hot and mostly wind free day in Medicine Hat. 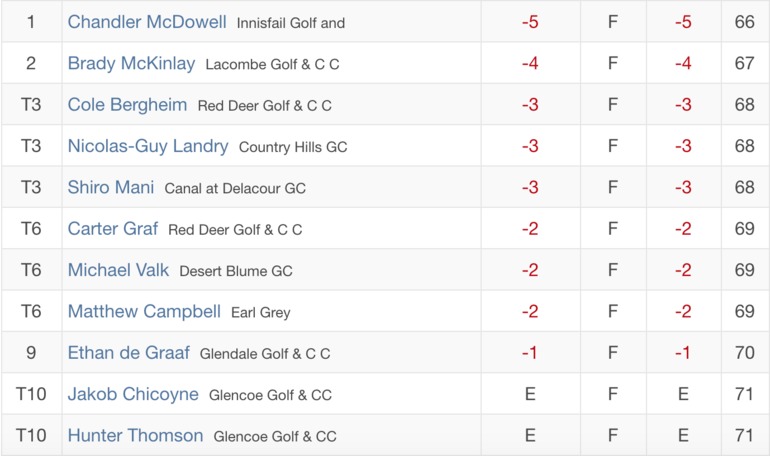 The 54 hole Championship event is being played on the historical course in Medicine Hat founded in 1913 and moved to it’s current location in 1934.

WATCH STAFF AND MEMBERS TALK ABOUT HOSTING THE CHAMPIONSHIP