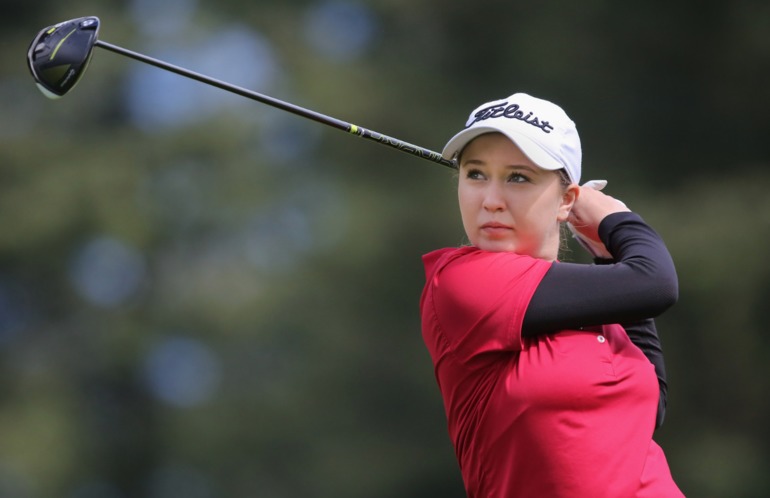 Alberta’s top six junior golfers will represent the province for Canada’s 150th birthday in Winnipeg, Manitoba for the 2017 Canada Summer Games. The four-year cycle event represents the first step in Olympic sport development, with both the male and female teams having worked very hard to get their July 28th to August 13th invite.

“There isn’t anything like the Canada Games for our junior golfers. It’s an opportunity to be part of a large multi-sport event and compete for your province. Coach Bill Murchison, team trainer Crystal Watson, and the six team members will have specific training sessions in July as they get ready for the Games in August,” says Alberta Golf’s High Performance Sport Manager Randy Robb.

The Interprovincial squad will compete as both a team and individually for the Canada Games Flag and the Centennial Cup. Alberta has placed fourth every year since golf was introduced in 2009 to the event. Robb says that this year’s team looks promising, but the overall experience that the players will receive is what matters most.

“It’s going to be a competitive event for the players attending the tournament in Winnipeg. There is a good chance that our teams will come home with a medal, but the lasting memory of the event will be being part of the big group of athletes representing Alberta. As golf will be played during the second week of the Canada Games, our juniors will be part of the closing ceremony, which they will remember for a long time.”

The 2017 Canada Summer Games Alberta team was selected based on a combination of results from the past four years and events on the 2017 tournament schedule. With 16 sports and 4,000 athletes at the Games, golf will take place at the Southwood Golf and Country Club from August 8th to August 11th. The first two days of competition will feature two days of accumulating team play. The 39 individual low scorers will then play individually for the final two days of competition.