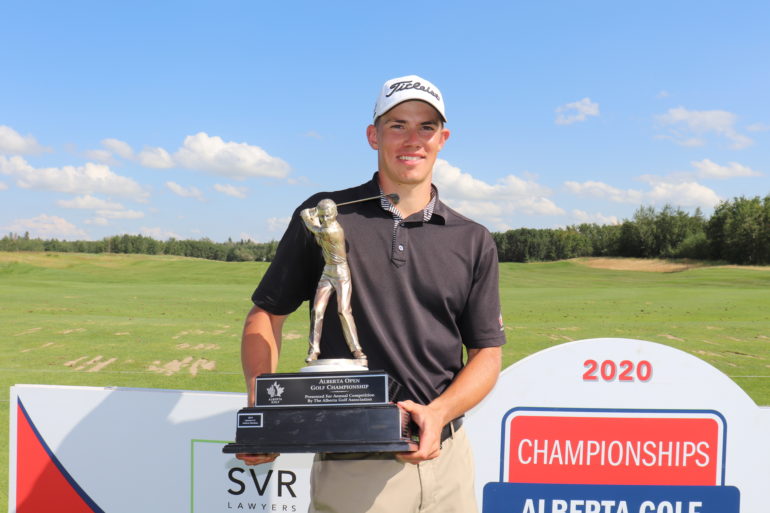 Alberta Golf (Ponoka) – The final round of the Alberta Open Championship presented by SVR Lawyers saw the first real drama this season at an Alberta Golf event after a number of blowout victories in 2020. By the back nine at Wolf Creek Golf Resort during the final round it looked like a two horse race with Edmonton products Wilson Bateman and AJ Armstrong tied at 8 under par 3 shots clear of the field. Defending Champion Andrew Harrison made a back nine charge and his final round 67 tied the low round of the day with Calgary’s Mitchell Fox and got him into the clubhouse early at 6-under-par. Harrison finished runner-up with Fox in a tie for 3rd.

The Championship turned in a 5 minute stretch on the back nine when Bateman missed a 2 foot par putt on 14 and then couldn’t find his wayward drive on the next tee box at 15, those 3 shots lead to a tie for 3rd place for Bateman.

This day belonged to AJ Armstrong, the 23-year-old from Edmonton made a clutch bogey save on 16 and then a great 2 putt from 30 feet on 18 for a one stroke victory and his first ever professional victory and a nice pay day of $7,000.

“The pay cheque is awesome but I’m more pumped to get my first win,” Armstrong admitted. “It’s a great confidence boost with a great field this year, so awesome to get the win.” 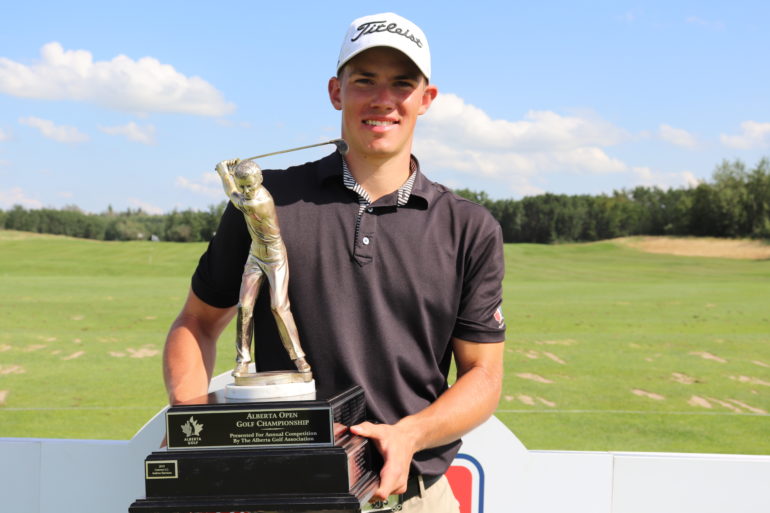 WATCH FINAL ROUND FOOTAGE AND INTERVIEW WITH AJ ARMSTRONG

Max Sekulic of Grande Prairie birdied his last 2 holes to win the Amateur portion of the event and The Morse Cup. 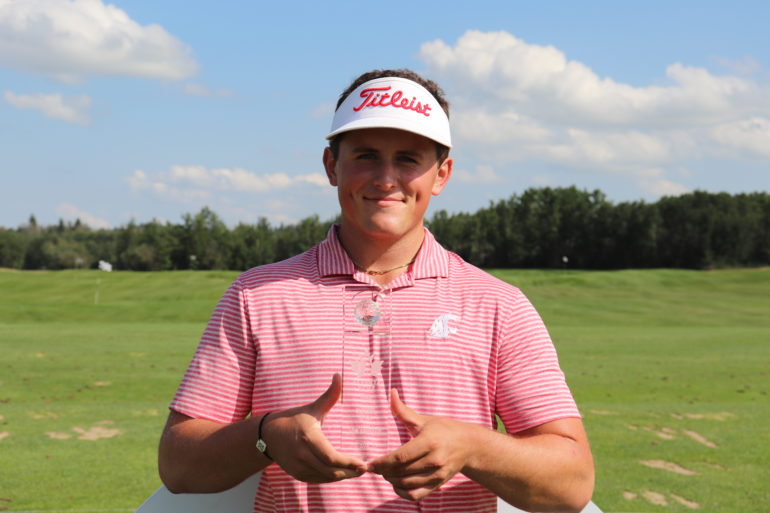 Bateman and Armstrong lead heading to final round of Alberta Open