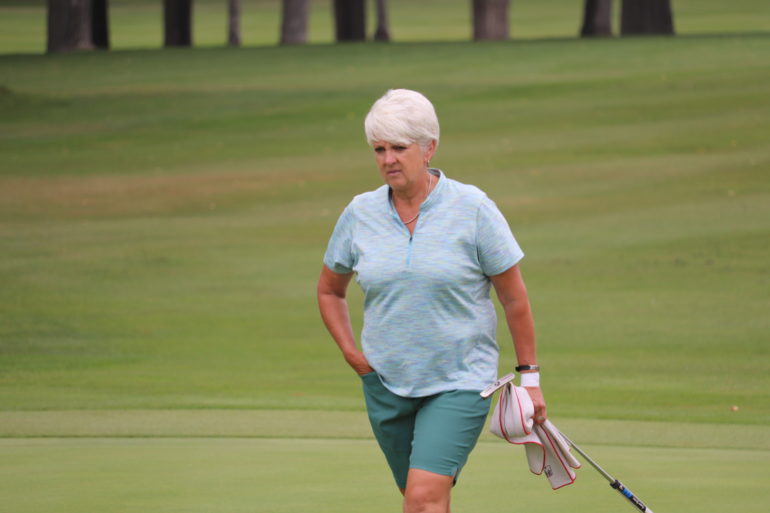 Alberta Golf (Lethbridge) – Kim Carrington heads to the final round of the Alberta Senior Ladies Amateur Championship with a 1 shot lead over Celina Lam.

Carrington who plays out of Cottonwood Golf and Country Club near Calgary says she loves the layout at The Lethbridge Country Club. Each of the first two rounds have played out the same for Carrington, 3 bogeys early and a late birdie for back to back 75’s on the par 73 layout on one of the oldest and most secluded nature courses in the province. 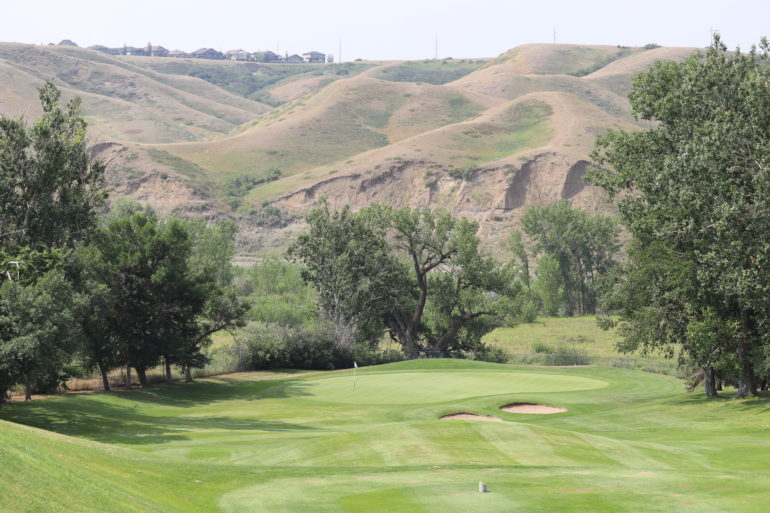 Celina Lam plays out of the Woodside Golf Course in Airdrie and is playing in his first ever Senior Ladies Championship, her 74 today is the low round of the championship so far and included 5 birdies. 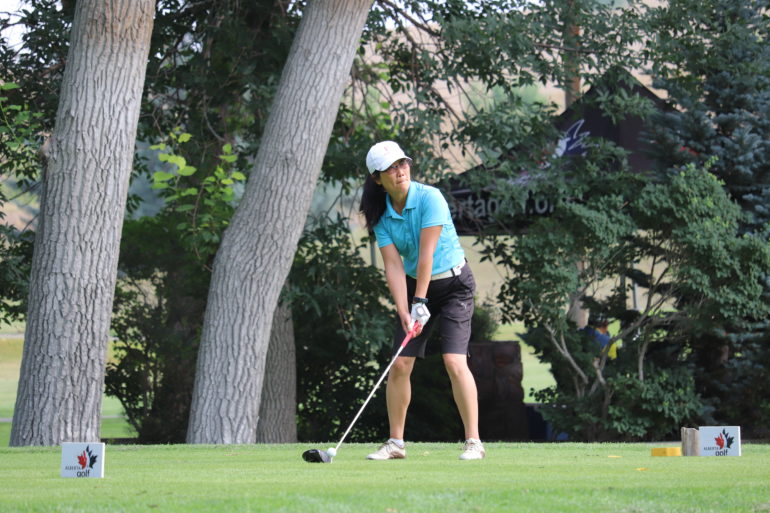 Celina Lam on the 10th tee at Lethbridge Country Club

2018 champion Barb Flaman will play with Lam and Carrington in the final group on Thursday trailing by 4 strokes. On the 18th hole during Wednesday’s 2nd round she put two tee shots left in the penalty area but ended up making a great up and down for an 8, those 4 extra strokes will be the difference she looks to make up in the final round to try and win her second Alberta Senior Ladies Amateur Championship. 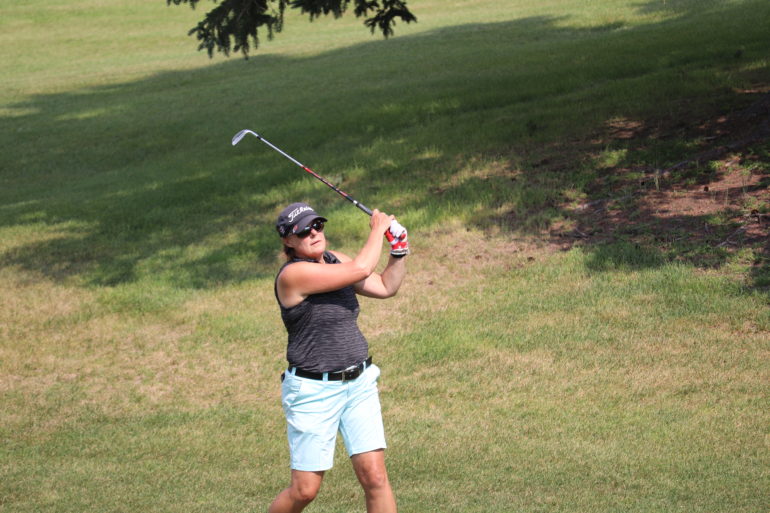 Bard Flaman on the 15th fairway at Lethbridge Country Club

WATCH 2ND ROUND ACTION AND INTERVIEWS 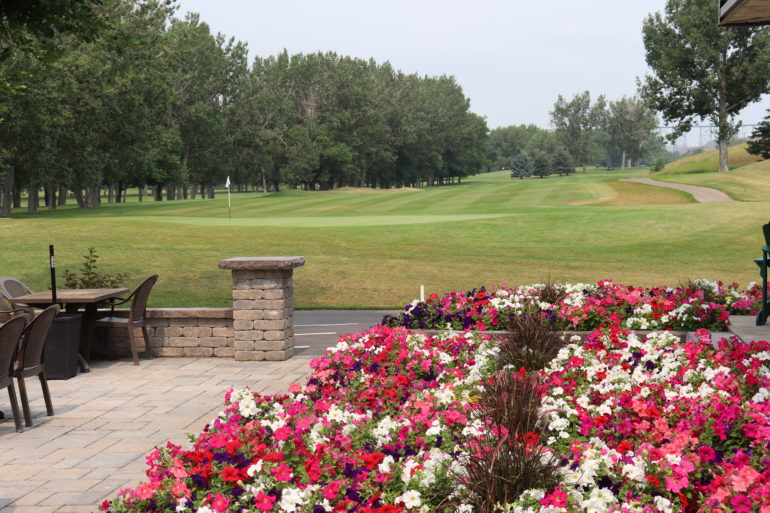